Don't slip up — deal with your workplace hazards 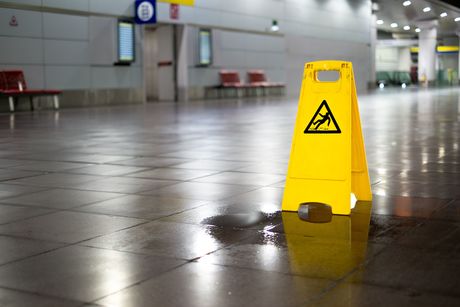 Although not often considered as serious as other workplace hazards, slips, trips and falls by workers potentially expose employers to significant liability from both a civil and work health and safety (WHS) perspective.

It is likely that a court will take a very practical approach to determining whether there were any steps that an employer could have taken to avoid the risk of slipping or falling — the relevant question in both the civil and work health and safety jurisdictions.

In determining whether an employer is liable for a slip, trip or fall, a court will consider whether the employer failed to provide a safe system of work, as well as the cost and nature of any steps that could have been taken by the employer to reduce the risk of injury to the employee.

Statistics indicate that the prevalence of slips, trips and falls in Australian workplaces is very high when compared to other causes of workplace injury. For example, WorkSafe Victoria has noted that slips, trips and falls result in thousands of injuries every year, with the most common injuries being musculoskeletal injuries, cuts, bruises, fractures and dislocations.

The most recent data compiled by WorkSafe Victoria indicates that in the 2009/2010 year more than 3100 Victorian workers suffered serious injuries as a result of a slip, trip or fall in the workplace. While Safe Work Australia concluded that during this period “falls on the same level” were the third most common way for workers to be injured at work, accounting for approximately 11% of all male workplace injuries and 17% of all female workplace injuries,[1] the real figures are likely to be even higher given the prevalence of underreporting in non-industrial workplaces, such as offices.

The duty of care owed by an employer to its employees was stated in the High Court case of Czatyrko v Edith Cowan University [2005] HCA 14 (at [12]):

“An employer owes a non-delegable duty of care to its employees to take reasonable care to avoid exposing them to unnecessary risks of injury. If there is a real risk of injury to an employee in the performance of a task in a workplace, the employer must take reasonable care to avoid the risk by devising a method of operation for the performance of the task that eliminates the risk, or by the provision of adequate safeguards. The employer must take into account the possibility of thoughtlessness, or inadvertence, or carelessness, particularly in the case of repetitive work.”

These duties are not absolute, an employer or PCBU’s duties will be limited by the element of “reasonably practicable”. Reasonably practicable is defined in the WHS legislation to mean that which is, or was at a particular time, reasonably able to be done to ensure health and safety in the circumstances, taking into account and weighing up all relevant matters, including:

In general, this will involve the same practical steps outlined below for minimising the risk of successful civil claims. That is, by developing and implementing a systematic approach to:

A breach of the primary duty in work health and safety legislation exposes an employer to penalties of up to $3 million per offence in the most serious cases.

What do the courts say?

Although WHS prosecutions for slips and trips are rare, the following civil cases provide useful examples of how a court will approach these matters.

Cross v Moreton Bay Regional Council [2013] QSC 215 is a leading example of where the employer was ultimately found liable due to the Court’s determination that a simple, cost-effective step would have prevented the accident.

The plaintiff was a ganger in charge of a truck, which he and his offsider used to carry out maintenance work for the Council. A rudimentary step had been constructed to facilitate access to the tray. The plaintiff hurt his back when he slipped while getting off the tray of the truck by using the step at the front, on the passenger side. The plaintiff alleged that the rudimentary step was unsafe or defective because three points of contact could not be maintained and a dedicated hand hold was not provided. He also alleged that the step was not big enough to accommodate two feet. The tray and step manufacturer was not found liable as the step was of typical or normal application and design.

The Court found the employer failed to do something that it could have easily done without great cost or modification of the rudimentary step, that is, installing a high grip contact or non-slip surface on the step, which would have decreased the risk of the plaintiff’s foot slipping off the step. On this basis, the plaintiff was found to have shown the employer failed to take reasonable care to avoid the risk of injury.

In Rosenberger v Meanderham Pty Ltd [1995] QSC 261, an employer was found liable when a kitchenhand slipped and fell on wet tiles while in the kitchen near a dishwasher. It was found that the tendency for water to accumulate on the cold room floor and water leaking from the dishwasher both could have been remedied. It was noted in evidence that slip-reducing gritty compounds could have been distributed upon the floors to eliminate or reduce the danger.

In Jones v Molking Holdings Pty Ltd [2010] QSC 134, the plaintiff fell while carrying plates and a tray when her feet went out from under her. The plaintiff alleged that the floor was wet and was generally slippery, and gave evidence of a number of practices in the kitchen that resulted in oil and fat spilling onto the floor. It was accepted that there was a lack of instruction in safe work practices. In the past, mats had been used to reduce the risk of slipping and falling but they had not been replaced, and treating the floor had been thought too expensive. The Court concluded that it was difficult to think that no practical arrangement could have been made that would have avoided the oil spill, and the employer was found to be negligent.

How should you respond to the risks?

Slips, trips and falls in the workplace represent a challenge for employers, as they can occur both during and separate to the performance of work tasks, and in a range of situations and weather conditions.

Often, the employer is also the occupier of the premises and can be held vicariously liable for the actions of other employees who may cause or leave spills that cause a co-worker to slip or fall.

Tips to respond to the risk posed by slips, trips and falls, include:

Employers should also consider if any simple, cost-effective methods can be used to mitigate any identified risk to their employees. 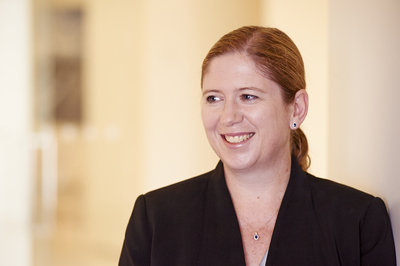 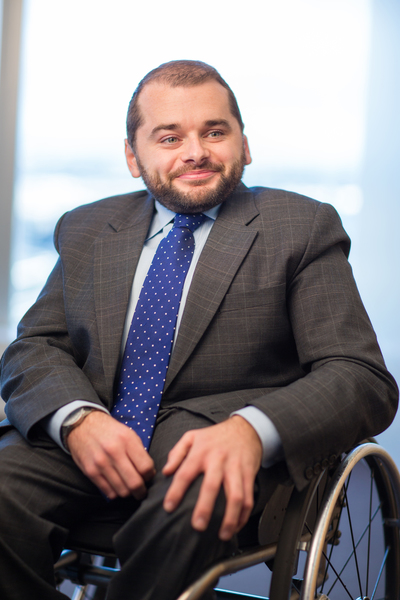 *Yvette McLaughlin is a partner in the Insurance Group and Sam Jackson is a senior associate in the Workplace Group at Sparke Helmore Lawyers.

Robotic gripper with a delicate touch

A day in the life of nurse Lisa Russell