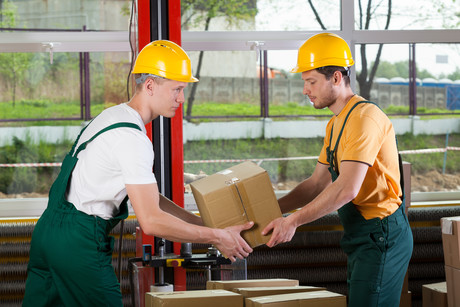 Researchers at Curtin University in Western Australia have challenged received wisdoms on safe manual lifting. In 2019 research published in the Journal of Orthopaedic & Sports Physical Therapy, the researchers suggest there is no evidence to support the hypothesis that lifting with a rounded, flexed back increases the risk of low back pain.

Lifting remains a major risk factor for low back pain, with a still-strong belief that a rounded back could increase this risk, said John Curtin Distinguished Professor Peter O’Sullivan, from Curtin University’s School of Physiotherapy and Exercise Science (SPES), a co-author on the study. “Workplace health and safety representatives, healthcare practitioners, as well as gym instructors, advise that lifting with a rounded back should be avoided and instead insist that the safest way to lift is with a straight back.”

The review encompassed 12 articles and a total of 697 participants. “We reviewed previous studies of participants who had lifted objects, ranging from a pen up to 12 kilograms in weight,” O’Sullivan said. We found no evidence to suggest that people who lift with a rounded back were at an increased risk of low back pain. Studies investigating this question, where people lifted heavier weights, simply don’t exist. Gradually building tolerance to lifting and being fit for lifting might be important in reducing the risk of lifting-related low back pain. Other factors such as repetitive lifting when fatigued or tired, having poorer mental and physical health, and being overweight might also be more important than the way you lift.”

Nic Saraceni, also from SPES, was lead author on the study. On the study’s significance, Saraceni said that advice to keep the back straight when lifting was not supported by the existing research evidence, and that further research was needed to better understand lifting-related risk factors. “Modifications made to workplace environments such as removing lifts from the ground and lifting technique suggestions, such as keeping the load closed when lifting and reducing lifts in awkward postures, is sensible advice and may reduce load on the back,” Saraceni said.

“Further research is needed to see how people who have worked in a lifting job for many years without low back pain position their back when they lift. These people may hold the clues to better understanding the risk factors for low back pain in lifting occupations,” Saraceni added. The team at Curtin were joined by researchers from the Body Logic Physiotherapy, based in Shenton Park, and from the University of Southern Denmark’s Department of Sports Science and Clinical Biomechanics.

A JBM Logistics truck was driving down an empty country road in regional Australia, when a...