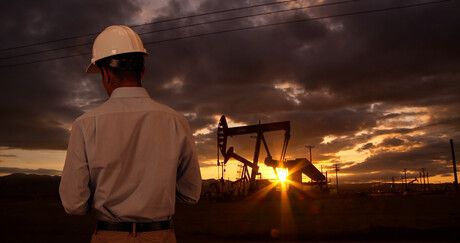 An exploration drill rig contacted energised 22 kV overhead power lines while travelling across a paddock; one of the three overhead power lines was broken and dropped to the ground. The operator dismounted the rig without suffering any injuries or electric shocks. The incident occurred on Sunday, 20 September 2020, at an exploration site in central western New South Wales. The drill, a Schramm 685 rubber tyre truck mounted rig, had just completed drilling an exploration hole and was being moved to set up on the next hole. The operator lowered the mast, however the rod handling jib remained raised. As the drill rig passed under the 22 kV overhead powerline the raised jib contacted the energised conductors.

Initial investigations indicated that a failure to follow procedure and lower the raised jib allowed the rig to contact the 22 kV power lines, dragging the first line into contact with the second line, causing a high voltage fault which subsequently tripped the power and caused the power line to fall to the ground. The operator dismounted the rig thinking a tyre had blown, not realising that the rod handling jib had struck the power line.

The incident was reported to the NSW Resources Regulator as a dangerous incident; the Regulator issued a prohibition notice requiring the operator to establish a 24-hour exclusion zone around the drill rig to minimise risks to workers and other persons in the event of one or more tyres exploding. Previous incidents have shown that brief contact with power lines can cause one or more truck tyres to explode immediately, or hours after the event. The heat generated in the tyre creates an explosive gas which can ignite.

The Resources Regulator noted that while work activities in remote areas can pose additional hazards and constraints on available risk control measures, this does not justify failure to control the risks. The Regulator recommends that risk assessments should consider the risks associated with all activities that may occur near overhead power lines, irrespective of the frequency or complexity of the activity. Risk assessments should also identify all controls to prevent equipment encroaching on safe approach distances for high voltage overhead power lines, including alternate travel routes or worksites; limits on maximum height for any equipment that may travel or work near overhead power lines; and warning signage or barriers (temporary or permanent) for overhead power lines (including safe height limits).

Operators are also advised to use procedures, checklists and permits, supported by planned tasks, to verify their implementation and effectiveness in managing the risk. Emergency procedures should be established and include contact details of the electricity supply controller. Operators should also familiarise themselves with the guidance provided in the NSW Code of Practice for Work near overhead power lines.