NT Council charged over near drowning of worker 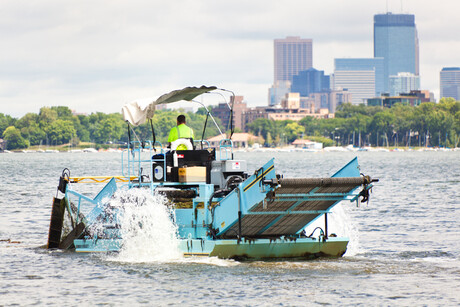 NT WorkSafe has charged the City of Palmerston with nine breaches of the Northern Territory’s Work Health and Safety Laws after a near-drowning incident involving one of its workers. On Thursday, 13 February 2020, two council workers were clearing and removing weeds from the lakes located in Durack. As part of their work, the workers took turns operating an amphibious weed harvester that was owned by the council. During that afternoon, the amphibious weed harvester tipped and capsized during operation, briefly trapping the operator under the craft. The worker managed to escape from the capsized craft, but was injured in the incident.

The City of Palmerston allegedly failed to follow all the manufacturer’s safety recommendations, which were provided during the purchase of the craft — namely that when the City of Palmerston modified the craft by installing a crocodile cage, it failed to first consult with the manufacturer on how this modification would affect the craft’s stability and safety during operation.

If found guilty of all charges, the City of Palmerston faces a maximum combined penalty of $7,090,000.

A Victorian freight company has been fined following the death of a garbage truck driver in...

A Victorian concrete manufacturer has been fined after two workers were nearly injured when a...

Two companies have been fined after a worker's arm became caught in a machine at a brick...

Tips For Funding Your Small Tech Business' Next Growth Phase