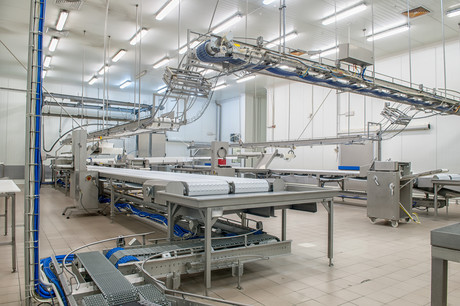 A worker has died after being crushed by a hydraulically operated stainless steel bucket while manually handling goat carcasses.

The 46-year-old was attempting to load carcasses into the bucket, following the failure of a conveyor belt at the time of the incident, according to Workplace Health and Safety (WHS) Queensland.

In this case, the worker was standing in the bucket when it unexpectedly began to rise. As he tried to step out, he slipped and became wedged under a steel lip on the machine. The bucket dropped to its ‘home’ position, crushing the man across his upper torso and stomach area.

Investigations into the incident are continuing; however, WHS Queensland warned that plant arms and equipment can cause injury through rapid or slow movement, without workers being aware of the danger.

To prevent similar incidents, WHS Queensland recommended that workers using hydraulic equipment; stay out of a position where they could be crushed if the hydraulics fail or are inadvertently used; always read the manufacturer’s instructions and follow safety directions; and ensure that any backup safety system is installed correctly and in use before entering a high-risk zone.

If the machine does not have a safety system, workers should use another manufacturer-specified system that is load rated and has adequate strength to safely withstand any loads that could be applied to it. Finally, anyone working on, near or under hydraulics must be adequately trained and supervised.

Before accessing any machinery, all hazards must be identified and either eliminated or reduced so far as reasonably practicable, according to the hierarchy of controls.

Isolating the machine is one of the better options; however, if this is not possible then engineering controls can be used. This might involve installing shrouds to prevent inadvertent contact with control levers or buttons or redesigning electrical systems so that emergency stop buttons are within plant operators’ reach.

Any remaining risk must be minimised through administrative controls, such as lockout-tagout procedures, appropriate training and supervision, warning sign installation, and providing a system to report faults and ensure plant maintenance.

Any implemented control measures must be reviewed and, if necessary, revised to make sure they work as planned and no new hazards have been introduced by the control measures.

Yarra Valley Snack Foods has been fined $80,000 after a worker sustained serious injuries to his...

A sheet metal fabrication company has been fined $40,000 after a workplace incident that led to a...

A cattle company in Central Australia has pleaded guilty and been fined $30,000 after a freak...

It's time to be truthful about on-pack environmental claims

What does 'lifetime warranty' mean for electrical equipment?