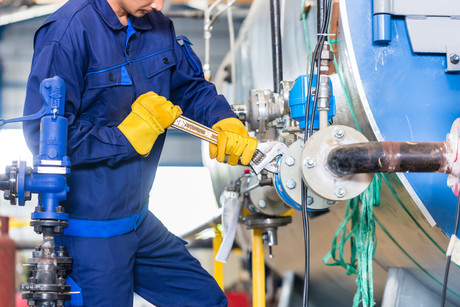 In December 2019, a worker sustained serious injuries after his arm was caught in a hopper — a pyramid-shaped container used in industrial processes to hold particulate matter that has been collected by expelled air. Investigations into the incident revealed that the open hopper contained metal shafts and stainless steel rods that rotated to mix dough ingredients. From 1 July 2014 to 31 January 2020, WHSQ received 43 notifications about incidents involving ‘cutting, slicing and mincing food preparation machinery’, of which 23 involved persons with serious injuries or illnesses that required in-patient treatment in hospital. WHSQ also received 202 notifications of events that involved plant guarding (or lack of it); of these, 61 incidents led to serious injury or illnesses that required in-patient treatment in hospital.

Plant is a major cause of death and injury in the workplace; in June 2019, a company was fined $90,000 when a young worker’s left index and middle fingers were amputated while removing hocks off pigs using a single-handed hock cutter at a meat processor. In 2017, a company was fined $42,500 following an incident where a worker was injured while cleaning a viscera table while it was operating with a high-pressure hose. The worker spotted a piece of offcut under a table and attempted to remove it, catching his arm in the machinery in the process. This resulted in the amputation of his hand and forearm, broken ribs and a dislocated shoulder.

There are significant risks associated with using plant, with the unsafe use of plant resulting in limbs amputated by unguarded moving parts of machines or by inadvertent activation of unguarded machinery. Plant that is not adequately protected or isolated can also cause electric shock. Hoppers that feed into rotating machinery (such as crew conveyors, rollers and blades) are used in a number of industries, including agriculture, manufacturing and construction. PCBUs are obligated under WHS legislation to ensure the provision and maintenance of safe plant.

The hazards of dough mixer machines include exposed hoppers with access to moving parts of machinery such as rotating metal shafts and rods, and operating machinery while covers or guarding are removed or opened. The lack of an emergency stop device within operator reach is also a hazard of dough mixer machines. Before accessing the hopper for inspection or maintenance, an isolation lockout tagout procedure should be observed to prevent inadvertent reactivation. This includes the shutdown of all machinery and equipment, identification of energy sources, isolation points and other hazards, and isolation of energy sources. All stored energies should be de-energised, with lockout of all isolation points. Next, machinery controls, energy sources and other hazards should be tagged. Test by ‘trying’ to reactivate the plant without exposing the tester or others to risk.

Safe systems of work should be implemented for any plant or machinery in restaurants, kitchens and workplaces. Effective risk management starts with a commitment to health and safety from PCBUs, including company officers. Health and safety risks should be eliminated or minimised using the hierarchy of controls.

The hazardous plant should be isolated from people by distance. Modifications to the equipment, such as the implementation of a permanently fixed guard, an interlock guard or a fixed guard, could also prevent workers contacting moving parts. Operator control devices should be designed to be within easy access of the operator, easily read and understood, and located outside danger zones. Operator control devices should also be readily accessible for maintenance. Any remaining risk should be minimised by providing workers with information, instruction, training and supervision, by using warning signs or labels, and by providing a system to report faults to ensure maintenance of plant.