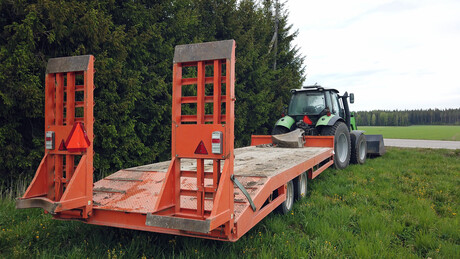 City Demolition and Earthmoving Pty Ltd has been convicted and fined $133,000 after a worker was struck by a falling ramp of a low loader trailer in 2019. The demolition company was sentenced on 30 July 2021 after being found guilty of failing to provide safe plant and a safe system of work. The incident occurred in March 2019, as the worker was performing work inside the drop zone of the 230 kg ramps of a low loader trailer. The ramps fell suddenly due to a failure of the hydraulic ram system; as a result, the worker suffered serious injuries, including fractures to spine, pelvis, ankles, legs and ribs, as well as soft tissue damage.

SafeWork SA investigations found that the incident could have been avoided if an assessment of the hazards and risks had been carried out, with appropriate control measures adopted to eliminate the risk. An expert opinion report submitted about the safety of ramps suggested that an inexpensive stop or burst control valve inserted in the hydraulic lines could have prevented the sudden loss of pressure, and the unexpectedly falling ramp. SafeWork SA further identified that the state of the webbing on safety chains was damaged more than 10% across its width and was not compliant with the relevant Australian Standard.

City Demolition and Earthmoving was charged with exposing a worker to risk of serious injury or death; failing to provide and maintain plant in a safe condition; and failing to provide a safe system of work. The company pleaded guilty in the South Australia Employment Tribunal (SAET) for breaching its duties under section 32 of the Work Health and Safety Act 2012 (SA). The maximum penalty is a fine of $1,500,000.

The SAET convicted the company and imposed a fine of $133,000 ($200,000 before a 30% discount was applied for an early guilty plea), plus costs. SafeWork SA Executive Director Martyn Campbell said there is no excuse for failing to conduct any form of risk assessment, adding that the demolition company could have easily eliminated the risk if it had completed a risk assessment.

“Construction is a high risk industry and it is the responsibility of employers to provide a safe work environment and ensure plant and machinery are well-maintained and fit-for-purpose. Every worker deserves to go to work and return home safely”, Campbell said.