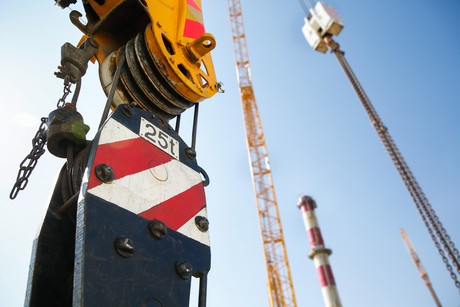 Guidelines for safe mobile crane use have been released after a nylon hoist rope sheave failed in May, causing the load to drop and the sheave to break.

A 130-tonne mobile crane was attempting to lift an eight-tonne load on its main winch rope when a top sheave on the end of the hydraulic boom failed, according to Workplace Health and Safety (WHS) Queensland.

This caused the load to drop a short distance and applied shock loading to the hoist rope, damaging the sheave.

WHS Queensland believe the incident was caused by a misaligned rope that had applied side loading to the sheave.

While no-one was injured and damage to the crane was minor, a heavier load could have produced far more serious consequences.

To prevent a similar incident, WHS Queensland advised that mobile cranes should be regularly inspected and always rigged and serviced according to manufacturers’ instructions.

Additionally, consecutive sheaves should always be aligned as closely as possible when a rope is passing between them.

If inspection shows that reeving is incorrect and excessive side load is being applied to the sheaves, the sheaves should be thoroughly inspected and, if necessary, replaced with new sheaves that comply with the crane manufacturer’s specifications.

Finally, WHS Queensland warn that sheaves should not be painted.

A NSW mining company is facing a $1.5 million fine, after a truck collision hospitalised one of...

Reduce the risk of rollover accidents when operating tractors by understanding the causes of...