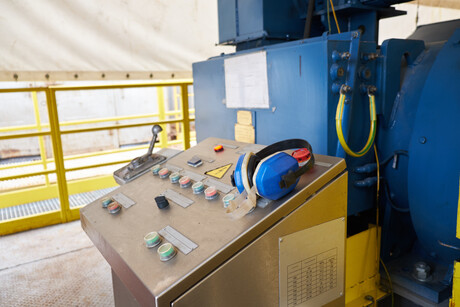 More than one in six Australians suffer from hearing loss, a number that is expected to rise to one in four in the future, due to an ageing population and an increasing number of people being exposed to dangerously loud noise. The resulting productivity losses, according to figures from Australian hearing care and professional services groups, could total more than $16.2 billion, or $4109 per person with hearing loss, most of which is due to reduced employment of people with hearing loss ($12.6 billion). Workers in their 50s and 60s, who are often the most skilled, were also the most affected by hearing loss and prone to further damage from noise, vibration and harshness (NVH) in the workplace, with their numbers predicted to rise as the government pension qualification age increases to 67.

James Maslin, technical product manager at Air Springs Supply, said these figures aren’t surprising, as continual exposure to load noise has been established as the most common preventable cause of sensorineural hearing loss, a permanent type of hearing loss that accounts for more than 90% of hearing loss in adults. However, Maslin notes that there are many causes for deafness, such as natural ageing and genetic factors, and that much of the industry is aware of the problem as its workforce ages. The use of personal protective equipment (PPE) has also increased in recent decades. The manufacturing, construction, civil engineering, and mining and energy industries are seeking to manage their NVH issues, in the workplace and in surrounding communities.

“So it is important not only to provide PPE to try to stop noise getting through to the ear, but also to cut off the noise at source — like crashing metal springs and unsuspended stamping, conveying, compressor, generator and HVAC equipment,” Maslin said. Maslin also noted that lost hearing creates communication issues and ultimately, the loss of major skills because of a preventable problem, as people drop out of the workforce. “This is costing both the individual and our skills base. It is one of the reasons why a person with untreated hearing loss earns an average of $10K less than people with no hearing loss or treated hearing loss,” Maslin said. 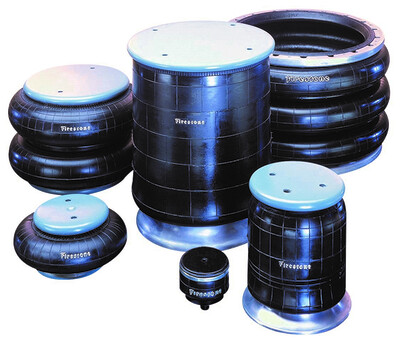 Air Springs Supply is the national distributor of Firestone Airmount pneumatic isolators, a solution designed to combat the NVH issue. The actuators, which support up to 40 tonnes per unit, not only work to silence intrusive NVH from machinery and plant, but are also suitable for suspending and protecting entire structures against NVH by passing rail and road traffic, civil engineering machinery and other ambient NVH. Super-silent Airmounts — either permanently sealed or fed by standard industrial compressor equipment — range from palm-sized to nearly a metre across, individually supporting weights extending from a few dozen kilograms to more than 40,000 kg. The Airmounts are available in single-, double- and triple-convoluted types as well as rolling sleeve models. They are distributed nationally by a supply and technical advice network built up over more than 40 years.

Engineered from fabric-reinforced rubber, Airmounts are identical in construction to the air springs used in suspensions of heavy trucks. They are also used beneath passenger railway locomotives and rolling stock, where they withstand grime and shock while providing the required ride and isolation properties. Airmounts can be used to complete structures up to 500 tonnes or more, on vibrating screens, conveyors and elevators, and in computer rooms and hospital facilities. They are also suitable for crushing and stamping equipment, compressors and generators, garbage compactors and waste-to-energy equipment. Firestone’s fabric-reinforced solid rubber Marsh Mellow isolators provide a complementary, low-maintenance alternative for quiet isolation of machinery vibration and for general shock absorption throughout industry. Mash Mellows are constructed of a solid rubber core with a hollow centre and several plies of fabric-reinforced rubber as an outer cover.

The low natural frequencies of Marsh Mellow springs enable them to provide isolation of forced frequencies in the range of 800–1200 cycles per minute (13–20 Hz). Marsh Mellow springs are quiet in operation, unlike steel springs, which transmit high-frequency structural noise and often suffer from coil chatter. Maslin notes that there is no silver bullet to this issue, with individual approaches needed to address this multi-layered problem. “We need to recognise that industry’s duty of care to its workers is changing, given that Australia currently has about two million people aged over 55 in the workforce — and the proportion of such workers is expanding,” Maslin said. Maslin added that hearing protection needs to start as early as possible, because the later effects of age and noise exposure are addictive, meaning that noise exposure may cause hearing loss in middle age that would not otherwise occur until old age. “The problem is major, ongoing, predictable and, in many cases, preventable,” Maslin said.

The Muirhead Speed Gates from RCT can be applied to any type of materials handling equipment, to...

The Portable Traffic Light from Madison Technologies is designed to be a safer alternative to...