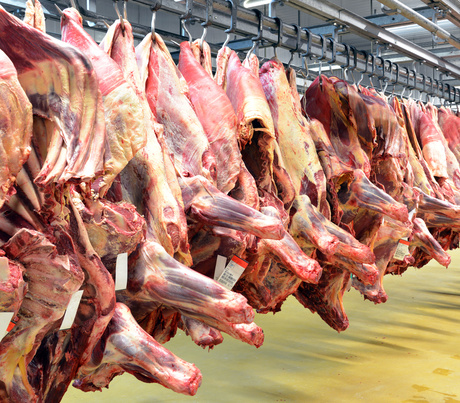 Bandsaw units incorporating safety technology are providing peace of mind for employees at Southern Meats, based in Goulburn in New South Wales, while also reducing the risk of lost production time and compensation claims as a result of worker injuries.

The meat processing business invested in several BladeStop bandsaws, developed by Scott Automation & Robotics, which use new technology designed to mechanically stop the bandsaw blade within 15 milliseconds when the unit senses a person has come in contact with the blade.

“In one incident, the employee lost partial movement in his thumb, while another required a skin graft,” said Graham.

“The only incident on a BladeStop bandsaw resulted in a small cut on the operator’s thumb, which was dealt with at our on-site medical centre and the employee was back at work straight away.”

Southern Meats processes around 3000–5000 lambs per day and employs about 320 workers. Their meat is exported to North America and the European Union as well as sold domestically to Costco Australia.

Southern Meats employee Fred McGregor severed a tendon in his thumb on a conventional saw when the blade went through the top part of his knuckle while cutting a sheep spine. He said he now uses both types of machines, but says the new technology is “amazing”.

“It gives all of us a greater sense of confidence,” McGregor said. “You put on a belt which is attached to the bandsaw — it’s like a wire circuit and you become the relay. As soon as you come into contact with the blade, the machine reacts, pushes the ram out, grabs the blade and stops it instantly.

“You feel a lot safer. You feel confident that you’re not going to have a more severe injury,” he added.

The BladeStop bandsaw was funded from Meat & Livestock Australia and the Australian Meat Processor Corporation.