Sonar: its time to surface 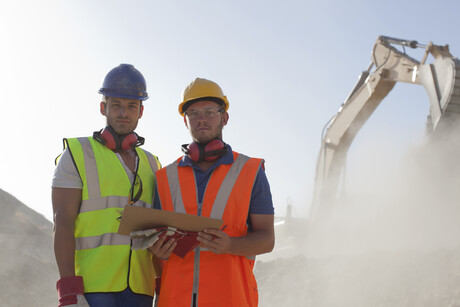 Smarter sensors and better software, delivering increased performance and management capabilities, all without any cost penalty, suggest that sonar technology’s time in the sun is now.

Start talking about sonar technology and odds are that most people will immediately think of Gerard Butler in Hunter Killer or Sean Connery in The Hunt for Red October. Neither of which were exactly shining examples of professional health and safety practice in a working environment. However, in the non-Hollywood world, sonar technology has been quietly making inroads into risk management solutions, providing greatly increased flexibility of configuration and rich data analysis, to proactively refine safety management on an ongoing basis. Even five years ago, sonar was dismissed for use in mainstream workplace safety systems, due to perceived cost or lack of system configuration and management software. Decreasing sensor cost, more capable software and a steady trend towards cloud-based systems has begun to disarm these traditional objections.

False positives are the bane of many workplace safety systems. Just like the non-gender-specific individual who cried wolf one too many times, false positives, in addition to being frustrating, are self-defeating. The more false positives a system generates, the more staff tend to ignore the warnings — which is the exact opposite of what safety management systems should achieve. Sonar-based systems avoid generating false positives by combining three-dimensional safety zones with software smart enough to track vehicle and person location and direction. Coupled with wearable personal detection units (PDUs), which are logged to specific individuals and include security and access permissions, sonar-based systems essentially ‘map’ a location and then constantly monitor all movement within it. In addition, the rich granular information provided by the system offers many benefits beyond simply reporting near misses.

A traditional warning beam across a vehicle access point automatically generates 50% false positives because the system doesn’t know if the vehicle is coming or going… Sonar-based systems can tell the difference and will warn only in the required direction of vehicle travel and assuming there are one or more people within the safety exclusion zone.

Sonar-based systems deliver more than a simple warning buzzer. Voice warnings, alarms, turning a driver’s sound system down or off, compulsory vehicle slowing or stopping, along with customised intervention measures, are all available in a sonar-based system. Traditional systems can offer some of this functionality, but not the variable proximity ‘bubbles’ that are key to sonar-based systems. By the very nature of the technology, sonar-based systems are active in three dimensions. The latest generation of sonar proximity and safety systems can modulate and re-shape the size of the safety zone around a machine, based on speed, location, current operation and the permissions of approaching personnel. 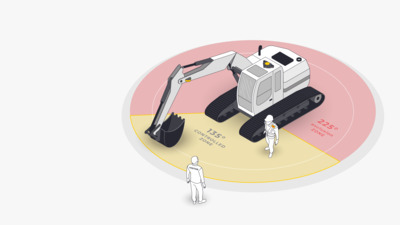 New Zealand Post Safety and Wellbeing Manager Arthur Preuss said the company is “very happy” with its sonar-based proximity safety system. “We started off in our tipper section. It’s a confined space with four conveyor belts and several staff working in the area. The potential for interactions between people and fork hoists is potentially high. If something were to go wrong, that would be the most likely area,” Preuss said. “In the first week we noted 100 near misses per day that might otherwise have gone unreported. Additional staff training on safety and operational procedures reduced the near misses to 10 per day by the fourth week.”

In addition to recording near misses that might otherwise have gone unreported, the personalisation aspect of the PDUs makes it easier to identify those most at risk (aka repeat offenders). There is then the opportunity to provide them with further training and education, so they are safer at work. Preuss said that implementing the sonar-based proximity warning system provided unexpected additional benefits. “The system also helped us change people’s attitudes to work safety, and that in turn changed our culture,” Preuss said.

KiwiRail, New Zealand’s national railway operator, recently deployed a sonar-based safety system. Aside from wanting to improve overall safety — including reducing false positives in the existing system — the real-time dynamically configurable exclusion zones capability was of particular appeal. Rail track maintenance and cargo loading machinery have different safety zone requirements, based on current task, location and speed, further complicated by the access permissions of nearby or approaching staff. Because the shape of a real-time sonar-based proximity zone doesn’t have to be confined to a regular shape (ie, circular or rectangular), the zone can change based on preset conditions. This not only improves overall safety but enhances staff operations.

For example, a rail track maintenance vehicle might have a pizza wedge access zone where authorised staff can approach if it is travelling under a certain speed. Unauthorised staff approaching, the vehicle travelling above a set speed or performing a certain category of operations automatically triggers a full 360° exclusion zone. If this zone is breached, the system automatically sounds a warning, reduces vehicle speed and this is followed by a compulsory stop, if required.

Behind the sensors and the PDUs and the configuration/management software of a modern sonar proximity system is rich data specific to a business location and its specific operations. This, in turn, provides actionable intelligence to be proactive as well as reactive with your safety management systems. Repeated staff training where required, coupled with refined operations, changes attitudes to health and safety. And as New Zealand Post — and others — have found, it can lead to a change in culture and a safer, happier workplace.