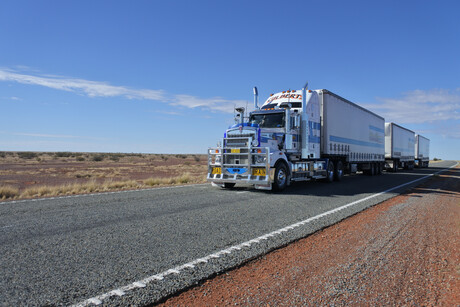 As the Australian heavy vehicle fleet nudges half a million trucks for the first time on record, a huge emphasis is being placed on their safety as road users and as a vital link in the nation’s response to COVID-19 supply issues. Our heavy vehicle fleet now stands at about 365,000 rigid trucks over 4.5 tons, according to the 2021 ABS Motor Vehicle census, with another 109,927 articulated heavy vehicles (also a record number) doing the heavy haulage over Australia’s diverse and demanding network of more than 870,000 km of public roads. These vital vehicles, with an average age of about 15 years, share the roads with about 20 million cars and other vehicles of different types. Most of the heavy trucks — certainly most of those over 12 tons — rely on road-friendly air suspension systems that increase the ability of trucks, trailers and coaches to transport loads by levelling the suspension, enhancing stability, control and safety.

Use of these tough but comfortable systems — which also reduce noise and vibration — has grown exponentially over a generation in Australia, to the point where they have gone from being a comparative rarity to becoming an industry standard as drivers and fleet owners seek top performance on both sealed and tough unsealed roads (the latter of which still comprise more than half the total of the roads in this sprawling country). Air suspension systems now abound in the federal government’s lists of Certified Road-Friendly Suspensions prepared by the Department of Infrastructure, Transport, Regional Development and Communications. Suspensions on the list encompass the major original equipment manufacturers (OEM) and specialist brands of worldwide manufacturers, including in Australia.

Use of air suspension is a far cry from even 30 years ago, when they were more of a rarity than the norm, which comprised massive, bone-jarring, steel springs. They were certainly tough, these steel springs, but they were hard too on roads, cargoes and drivers. Air suspension was a quiet revolution (literally) that brought massive relief to a whole generation of drivers who appreciated the benefits of the technology through the seat of their pants, because air suspensions were far smoother compared with the harsher, clumsy systems that were commonplace on heavy vehicles at that time. After all, air suspensions are the ride of choice for many of the top models of the world’s prestige makers of limousines, so our truckies are in good company as they suffer less fatigue through road shock.

And the industry (and the regulators) quickly woke up to the fact that these suspensions could be kinder to the roads, as well as to them — while delivering heavyweight reliability where they are properly maintained. Good basic maintenance is the key for these almighty tough air springs to last for hundreds of thousands of kilometres — in well-maintained cases, out past 600,000 km, in our experience. Today, demand for air springs utilised in air suspensions for all types of heavy vehicles (including a vigorously growing market for 4WDs and recreational vehicles) has grown in line with a world market that is now estimated by market researchers to exceed AU$6 billion. These markets are major users of the ubiquitous Airride, Airstroke and Airmount Firestone air springs and ContiTech air springs for coaches, prime movers and trailers.

The tremendous distance travelled and safety achieved by quality OEM and replacement air springs such as Firestone and ContiTech can be extended further with a preventive maintenance checklist (below) that takes just a matter of minutes and will save both downtime and money across major users of heavy vehicles, ranging from transport and logistics fleets through to mining, construction and individual users of articulated, rigid and on-road and off-road vehicles using air suspensions. The following simple checks will pay dividends (noting that users should never attempt to actually service the air suspension on a truck or trailer with the air springs inflated).

Holes in the side of the bellows can be caused by factors such as structural interferences, including a broken shock absorber, loose airline, misalignment, worn bushings, no air pressure, foreign material such as sand or rocks — or use of the wrong air spring. Off-centre bumper contact, right, can create faults similar to abrasion or bottoming out caused by factors such as worn bushings and improper suspension installation.

Users who find a fault exists using the checklist should take corrective action to ensure that it is fixed properly — it will save you both time and money and ensure ongoing safety.

Now more than ever it is important for safety and cost-efficiency to maintain the suspension of Australia’s hard-worked heavy vehicle fleet, the average age of which is twice the average of leading European nations and three times the average of China and California, according to trucking industry figures. So not only are Australian heavy vehicles working longer, particularly during the COVID-19 pandemic, they typically cover greater distances to keep up with constantly changing supply chains to deliver a greater range of urgently needed goods to far-flung urban and rural centres. Clearly safety and reliability are paramount for this vital job. As always, a little preventive maintenance will save a lot of trouble for truckies and fleets. 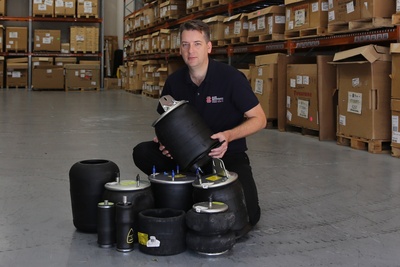 Almost every mechanical system needs regular maintenance for optimal performance, and that is...