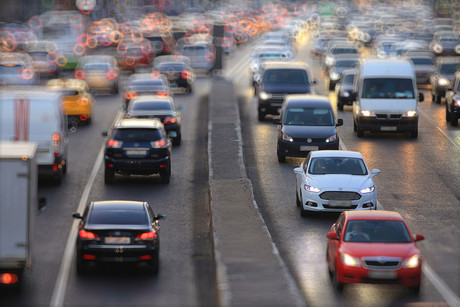 The most dangerous thing most of us will ever do at work is drive.

New figures from Safe Work Australia reveal that vehicles are behind almost one-third (32%) of worker fatalities, more than any other single cause.

“We grossly underestimate the rates of work-related fatal trauma that occurs in road traffic … not all of it is reported,” said Martin Small, co-author of the ‘Vehicles as Workplace’ report, commissioned by Austroads and released earlier this year.

Managing vehicle-related risks is thus just as important as managing other workplace risks — whether a worker is driving a corporate car, or gunning his or her ageing VW Beetle to get to client meetings across town.

Organisations running fleets have a duty of care to provide staff with the safest possible vehicles, said Darren Wishart, Principal Professional Leader of Transport Safety at the Australian Road Research Board (ARRB).

The latest technological safety innovations are recommended in order to prevent crashes or, should one occur, to protect occupants and other road users.

For example, the 2017 Austroads’ ‘Safety Benefits of Cooperative ITS and Automated Driving in Australia and New Zealand’ report identified that lane-keeping assist reduces the odds of drivers running off the road, or being involved in head-on crashes, by 25 to 40%.

“There’s a massive amount we can do with automated technologies right now,” said Chris Jones, Project Manager for Automated Vehicles with Austroads.

Other emerging safety features include biometric fatigue detection and the use of sensors to detect the concentration of alcohol in the ambient air of the cabin.

Vehicle ratings provided by the Australasian New Car Assessment Program (ANCAP) now include an assessment of safety technologies, with ratings regularly reviewed to keep pace with the latest developments.

According to the Vehicles as Workplace report, fleet policies that require vehicles to have the most recent 5-star rating, or to be no more than three years old, are best practice.

But the pace of change is breathtaking, and future shock lies around the corner, in the form of the electric car, Wishart said.

“This will be as big a disrupter to our daily lives as computers were,” he said.

Several major car companies have announced that they will soon cease to manufacture vehicles with internal combustion engines, meaning that contemporary fleet vehicles will lose value and eventually need to be replaced by their electric equivalents.

This will have safety implications because fleet managers will hang on to their existing vehicles for longer, and that means that the safety technology in them will be older, Wishart predicted.

The perils of ageing vehicles are particularly acute when it comes to grey fleets — that flotilla of privately owned cars used occasionally or routinely for work purposes.

Other grey fleet risk management challenges include ensuring that vehicles are regularly serviced and maintained, and appropriately insured and registered.

As outlined in the ‘Grey Fleet Safety Management Guide’ by the National Road Safety Partnership Program (NRSPP), organisations may need to insist on mandatory minimum features or a maximum age for such vehicles.

By minimising inevitable human error, so-called ‘driverless’ cars are billed to offer unparalleled safety benefits. This made the footage emerging from Tempe, Arizona, in March this year, showing a self-driving Uber hitting and killing a pedestrian, all the more shocking.

Yet according to Ian Christensen, iMOVE Australia’s Managing Director, it is important to recognise the higher safety level offered by automated vehicles and not to apply impossibly high expectations on them.

“They are not completely foolproof, but we have come a long way since the first Australian trial in Adelaide in 2015 in which an automated vehicle ran over a plastic kangaroo,” he explains.

“They see the world through a different set of eyes, and initially, the vehicle programming did not fully take this into account, but there has been substantial progress since then.”

As with anything in life, there will be a residual level of risk because you can’t test for every possible scenario before you put a driverless vehicle on the road, he added.

Valuable lessons could be learned from a review of such accidents, said Rita Excell, Executive Director of the Australia and New Zealand Driverless Vehicle Initiative (ADVI), part of ARRB. “It’s about trying to understand how that can be prevented from happening again,” she said.

Human misuse of available technologies may also be implicated, she added.

For some researchers, the most interesting questions arise not so much in relation to the advanced capabilities of individual cars, but their potential interconnectedness.

“Automated cars have cameras, radars and lasers, but the range of information that they can sense is a maximum of 100 to 200 metres in front of them,” he explained.

“Compare that to being on a freeway, where the car in front of you is one or two kilometres ahead and wireless communication provides a much earlier warning that there’s a hazard on the road.”

Safety warnings about other conditions, including traffic light changes, a pedestrian crossing or a queue building, will also be possible.

Next year, in conjunction with Queensland’s Department of Transport and Main Roads and iMOVE CRC, Rakotonirainy and his CARRS-Q team will road test 500 vehicles equipped with cooperative technology on the streets of Ipswich, about 40 kilometres west of Brisbane’s CBD.

Cooperative and automated technologies have the potential to significantly reduce crashes and crash-related gridlock and reduce vehicle emissions and fuel use over the coming decades.

How humans will adapt their behaviour in response is yet to be seen.

“Cooperative and Automated Vehicle (CAV) is not just about new technology, it is a whole set of human experience that will move people in new ways,” Rakotonirainy said. “It will have profound effects on public health.”

Measure the risks before you enter a safety and compliance minefield

In food processing machinery there are stringent hygiene standards that must be followed both for...

Unmanned aerial vehicles, or drones, are being used increasingly in industries such as...