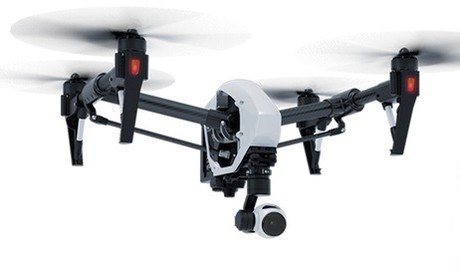 The use of drone technology is on the increase, with companies across a range of industries electing to utilise unmanned aerial vehicles (UAVs) or remotely piloted aircraft systems (RPASs) to carry out expensive or high-risk inspection programs.

Recognising the broad potential, last year the Queensland Government pledged $1 million in drone technology research funding. The scheme involves development and testing of RPASs for use in industries such as LNG, agriculture, mining, energy, telecommunications, search and rescue, and environmental management.

Insitu Pacific is a subsidiary of aviation giant Boeing and manages hardware for the inspection program on Shell-owned Queensland Gas Company (QGC) operations in the Surat Basin. Comprising 4000 individual coal seam gas well sites across tens of thousands of kilometres, the development also incorporates an extensive pipeline network for gas collection and streaming. The network requires periodic inspection to ensure that all is operating as necessary, a function traditionally carried out by ground service personnel.

Traditional methods had inherent safety issues including driving long distances and a prevalence for lone-worker scenarios. Even when using helicopters and other aircraft, pilots are required to clock a high number of flying hours and the costs associated with using manned aircraft quickly escalate.

In addition to safety issues, staff need to gain access to private land to carry out asset assessments, further slowing the process. There is often no maintenance needed, but the pre-emptive inspection process must continue regardless.

QGC expects to save millions of dollars using RPASs. Insitu Pacific operates the fleet, which comprises ScanEagle fixed wing UAVs that gather data from altitudes of between 450 and 900 metres. The 18 kg vehicles feature a 3 m wingspan and can comfortably inspect 70 gas well heads per day — a far cry from the five to seven previously attended by ground staff. The productivity gains are significant and engineers are now only required to travel in the event of an identified maintenance or repair issue.

There was substantial work done to gain the aviation approvals required to permanently operate, including safe integration with other airspace users and mitigation of risk associated with community privacy. The use of UAVs in Australia is overseen by the Civil Aviation Safety Authority (CASA), which regulates and licenses operation of the technology in both commercial and non-commercial applications.

Insitu Pacific and QGA worked closely together to ensure approvals were received on what is being touted as the largest commercial application of beyond visual line of sight (BVLOS) inspection operations. The 2500 km2 approved zone is the biggest piece of Australian airspace sanctioned for UAV use by CASA, with discussions underway to increase that area at the end of a 12-month trial period.

Telstra’s role in the Surat Basin trials was to provide technology and infrastructure support, but the company has been signalling its intent to move into drone technology utilisation for the last couple of years. According to reports, Telstra is currently working with CASA to secure exemptions from line-of-sight restrictions, which will enable drones equipped with sensors and connected to the mobile network to be ‘seen’ and safely operated beyond a pilot’s vision.

With over 8500 mobile network sites across 2.4 million square kilometres, it’s no surprise the telco is keen to exploit UAV technology, lessening the need for access equipment and specialist staff to carry out base station inspections, particularly in the event of catastrophic weather events when safety can be compromised.

We’ve come to think of drones as ‘eyes in the sky’, but the same technology is also being implemented in underwater applications. Sydney Water is using aquatic drones to check open stormwater channels — meaning less risk for maintenance personnel — and plans to expand into inspection of closed reservoirs and stormwater channels, as well as pipe systems (see case study for further details).

There are other — perhaps less intuitive — ways to improve safety through drone technology. The ‘Future of work health and safety’ virtual seminar, published by SafeWork Australia in 2016, suggests that UAVs are being used by the construction industry internationally to monitor behaviour on worksites in an effort to decrease safety violations and we may see this implemented here.

Regardless of application, any employer of drone technology in Australia must understand and comply with CASA regulations. Additionally, remotely piloted aircraft are subject to conditions under the Damage by Aircraft Act 1999. According to John O’Brien, director of Kobe Insurance, commercial drone operators and owners are bound by strict liability under the Act and should take out suitable insurance to both protect the original investment and to ensure coverage in the event of an incident. He recommends companies join the Australian Association for Unmanned Systems (AAUS) and obtain the required Remote Operators Certificate (ReOC) from CASA, in addition to ensuring individual pilots are licensed.

Sydney Water has over 46,000 km of pipes across its network in Greater Sydney to deliver water and wastewater services to its almost 5 million customers.

It is using drone technology to achieve superior safety and general outcomes for its business and for its customers.

Sydney Water has been trialling unmanned aerial vehicles (UAVs) and unmanned underwater vehicles (UUVs) for a number of applications, ranging from asset inspection and data acquisition to construction monitoring and using the images created to support stakeholder and customer consultation.

Sydney Water Lead Planner Dan Cunningham said, “This emergent technology is already proving valuable in reducing risk to our workers, improving communication between our project stakeholders and explaining the context of our work to customers.

“We’re reducing the need for our people to enter waterways where drowning, falls and contamination are a risk, by using drones to do this work for us. The time taken and therefore costs are being driven down by utilising the latest technology.

“Traditional methods of inspecting open stormwater channels involves personnel entering these assets to photograph, measure and assess their status. Entering these assets poses a risk to staff, is very time consuming and requires significant prior planning and cost to mitigate risks.

“We have been using both aerial and aquatic drones for inspections of our open stormwater channels.

“The biggest advantage of using drones in this application is that they allow for the inspection of large areas of the canals in a short period of time, at a reduced cost, with a very high quality output.

“Most significantly, the use of drones improves safety for personnel as they are not accessing live waterways, climbing, using boats or entering the water in diving gear.

“Drone inspections are also possible after severe weather events when personal inspection, due to safety reasons, is not feasible,” said Cunningham.

Sydney Water has also been utilising drones to assist in creating detailed plans for the upgrading of its Hornsby Heights Wastewater Treatment Plant in the North of Sydney.

3D laser (LIDAR) scans of the treatment plant were supplemented with aerial photogrammetry obtained using a drone. The aerial scan added contextual detail to the highly accurate terrestrial laser scan and covered the entire site area quickly and accurately, minimising general risks to staff and eliminating the need for staff to work at heights.

Cunningham added, “Drone technology has the potential to have a place in our regular asset inspection regime and to be expanded for defect identification and waterway health assessment.

Can cocoa make you smarter?

How long until the leading vaccines make it to market?

Upgrading the pharma industry with automation and real-time information