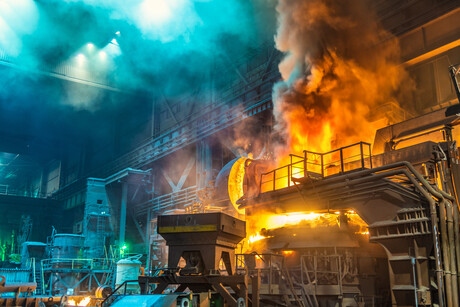 When the fire at the Kader Toy factory in Thailand began in May 1993, it heralded the start of the world’s worst industrial fire, where 188 workers died and over 500 were seriously injured. Subsequent investigations found the failure of the factory’s fire alarm systems was the principal cause behind the tragedy. Despite disasters like this, an alarming number of obsolete industrial alarm systems remain in use today, and it is vital that plant managers don’t delay in upgrading obsolete alarm systems.

All industrial or manufacturing facilities should have up-to-date alarm systems because even the slightest changes in temperature, flow or environment can damage the production process and lead to costly downtime. Chemical processing, for example, requires critically controlled temperature and humidity levels, so the slightest variation can result in defective products or outputs, damage to equipment, and can crucially halt production altogether. Having a fully functional, operational alarm monitoring system is therefore essential, no matter the industry.

In Australia, dangerous materials are covered by several regulations concerning issues like exposure and contamination limits and occupational health and safety. Furthermore, because Australia’s legislative system operates at a federal level, each territory is responsible for regulating and enforcing these regulations independently. Materials classified as dangerous include those that are toxic, flammable or explosive. While the risk posed by these materials can never be entirely removed in an industrial environment, international standards, such as IEC 61508, which is used in Australia, seek to make the risk “as low as reasonably practicable” (ALARP). In UK and New Zealand health and safety law, this is equivalent to the principle of “so far as is reasonably practicable” (SFAIRP). To this end, all non-tolerable risks must be removed from the work environment to the point where it is demonstrable that the cost involved in reducing the risk further would be disproportionate to the safety benefits achieved.

The fire and security alarm installation services industry is responsible for installing and servicing fire alarms and fire prevention and suppression systems in Australia. The alarm installation services industry in Australia is estimated to be worth approximately $4 billion. Over the next five years, the size of the industry is expected to contract sharply in the short term because of the economic impact of the coronavirus pandemic. It is predicted that, once the pandemic comes to an end, the market will make a strong recovery. This forecasted growth is based on the increased demand for engineering infrastructure, specifically from the heavy investments in transport infrastructure and renewable energy generation facilities. As industrial facilities see widespread investment after the pandemic, it is vital that businesses do not overlook physical alarm systems in favour of cheaper alternatives. 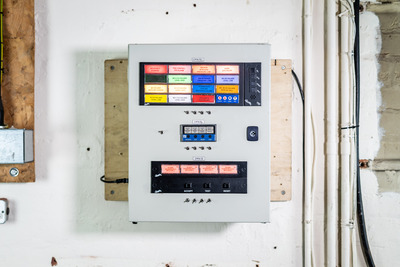 Many industrial sites rely on control systems filled with complex visualisations to warn operators in the event of imminent danger. Furthermore, these systems often contain an assortment of critical and non-critical alarms with no clear distinction between the two. This approach can often be overwhelming to the operator, slowing down their response times, and has been cited as the reason for several high-profile incidents, including in the UK, the fire at the Buncefield oil storage depot in Milford Haven and the Texaco oil refinery plant explosion in Pembroke. In the event of imminent danger, it is imperative that safety systems alert operators of the threat quickly and efficiently, so that they can take all necessary action as soon as possible. This is where alarm annunciators come in.

Alarm annunciators are panel-based alarms that are hardwired directly into relevant safety-critical processes by a series of cables. In the event of system failure, the relevant window on the panel lights up and the alarm emits a sound, immediately giving operators the necessary information to act quickly. However, it is common when I conduct site visits to still see alarm annunciators in use that were first installed in the 1980s and ’90s that do not meet the current IEC 61508 safety integrity levels (SIL). Many sites suffer from obsolescence issues. With many former alarm system providers no longer in business, sites haven’t updated the original alarm systems that were installed decades ago. It is vital that physical alarm annunciators are kept up to date, in line with current regulations and safety guidance, and must only display the safety, health and environmental alarms that plant operators must respond to.

There are three key considerations for plant managers to bear in mind when it comes to updating their alarm annunciators. 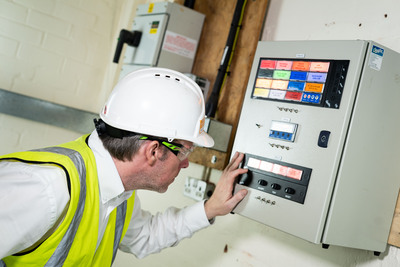 There is often a reluctance to prioritise upgrading legacy alarm systems. Convincing senior level plant management to invest in replacement alarm systems can be difficult, especially because the financial return isn’t immediately obvious. However, the financial benefits are immediately recognised once the system has helped circumnavigate a production loss by alerting operators about an issue at the facility. Despite what many plant managers might think, upgrading out-of-date alarm systems doesn’t need to be a costly or disruptive process.

Modern industrial alarm specialists can engineer all alarm upgrade solutions off-site and design them specifically to fit into an existing alarm structure, drastically reducing installation time and any associated production downtime. Alarm failure can cost industrial plants millions of dollars when something goes wrong, and in the cases like the Kader Toy factory, many lives are lost too. With so much to lose, it’s surprising that so many facilities take the risk, especially when retrofitting replacement alarms isn’t too difficult or expensive.

Preparing building HVAC systems for a return to work

With COVID-19 restrictions easing and workers returning to their places of work, building HVAC...

Video: an effective tool for staff training and engagement