Tool lanyards: how to choose, tether and anchor 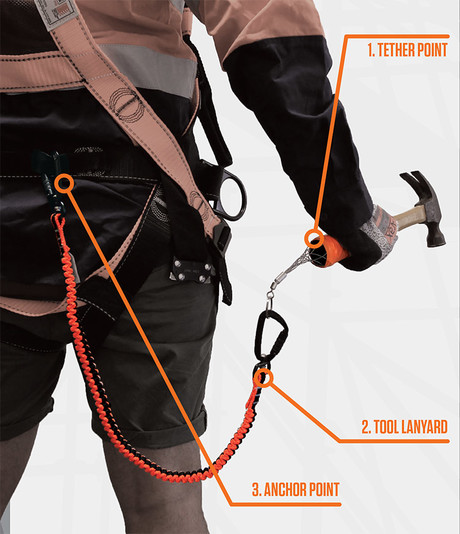 Preventing tools and equipment from being dropped or knocked from heights is crucial, with falling objects the fourth highest cause of workplace fatalities in Australia from 2012–2016, causing 122 deaths in five years.

Falling objects are also responsible for a significant number of workplace injuries, resulting in 3515 compensation claims in 2014–15 alone.

Factoring in the impact that lost or irretrievable tools have on productivity, job delays and replacement of equipment also adds additional time and financial costs to businesses.

“Any trade or task involving heights and the need to use tools, or where a hard hat may be worn, should use tool lanyards and tethers. This includes scaffolders, rope access workers, tower workers and roof workers, down to plumbers, electricians and carpenters working at heights,” he said.

He also recommends using the LINQ Height Safety Tool Drop Calculator as part of any working at heights risk assessment.

“The calculator is modelled off a matrix that calculates the fall energy and simplifies this to a likely outcome as a result of the tool drop.”

Results can range from a minor injury through to severe injuries and fatalities.

How to tether tools:

Tethering is the act of attaching tools or equipment to an anchor point to prevent them falling and potentially causing injuries or worse.

There are three main considerations when tethering tools: 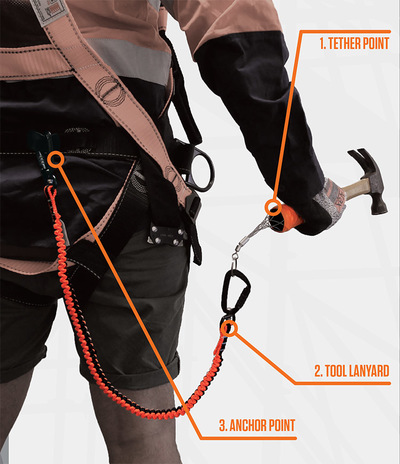 As not all tools have an attachment point, LINQ has developed tether points which can be fitted to the tool without damaging it or limiting its use.

“The wire tool socks can clamp over a screwdriver or specific tool,” explained Paul.

“It will then allow you to attach it to any of the snap hook tool lanyard options.”

Lanyards are then attached to anchor points. Although there are no specific rules or standards, LINQ does have guidelines for choosing anchor points.

“Applications are broad and we would encourage people to exercise common sense in what would be an ideal attachment point, particularly on a person,” said Paul.

“Belt loops on pants or jeans should not be used as an anchor point and you should only tether tools up to 2.5 kg to a waist or tool belt.

“Heavier tools and objects should be attached to a secure, load-rated anchor. A proper risk assessment should be conducted to identify the suitability of the structure to be used as an anchor point, as well as potential impacts to the surrounding environment.”

The LINQ range also includes a wrist strap which can be used as an anchor point for light tools, although harnesses are a better choice for heavier tools. 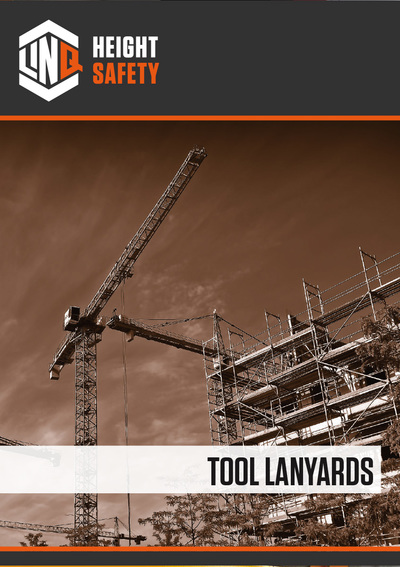 “Any more than this places significant discomfort on the user and poses a greater risk of fatigue if not used correctly.”

“Harnesses are a safer attachment point due to the webbing being stronger. You can attach to any of our LINQ harnesses using specific tool lanyards that allow you to choke around the webbing of the harness.”

There are currently no standards in Australia for tool lanyards, but LINQ has adopted the new American National Standards Institute (ANSI) standard as a baseline for products.

“It is the only standard of any industry that the world will see in this area. Having it to reference to is a great thing in ensuring our products have been formally tested,” said Paul.

Using this standard, LINQ tethering products are rated based on their safe working load.

If you're in manufacturing, construction, forestry or any of a hundred different industries,...

How to maintain height safety inspections

Manufacturing in the new normal

BHP to reduce emissions from electricity use in Qld by 50%