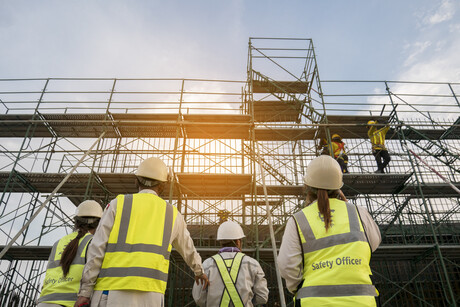 Two companies have been charged with a series of offences under the Occupational Health and Safety Act, after the death of a carpenter at a construction site in August 2021. The 23-year-old man died in hospital after he was found unresponsive beside a scaffold at the Moonee Ponds site.

Construction company Camillo Builders Pty Ltd and scaffolding company Max Scaff Pty Ltd have been charged with two breaches of section 23(1) of the OHS Act for failing to prevent or remedy any unauthorised alterations or interference with the scaffolding, contrary to regulation 105(b) of the Occupational Health and Safety Regulations. Both companies were also charged for failing to ensure, as far as is reasonably practicable, that persons other than their own employees were not exposed to health and safety risks arising from the conduct of their undertaking.

Camillo Builders has also been charged under section 26(1) of the OHS Act for failing, so far as it was reasonable practicable, to provide a safe working environment without risks to health. Both matters will be addressed at a filing hearing at the Melbourne Magistrates’ Court on 16 August 2022.