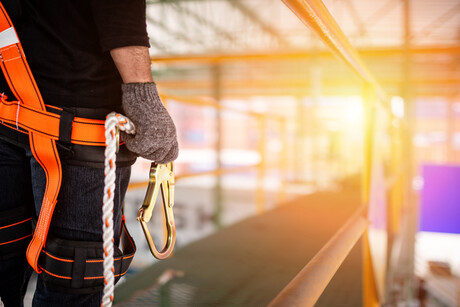 Roofing company Charman Australia Pty Ltd has been fined $450,000 and ordered to pay $3056 in costs, after a roof plumber fell through a penetration on the construction site of the new Perth Museum. The company pleaded guilty to failing to provide and maintain a safe workplace and, by that failure, causing serious harm to an employee. Charman is one of the first companies to be prosecuted and fined under the regime of stronger penalties for breaches of workplace safety laws introduced in October 2018.

The incident occurred in April 2019, when Charman was subcontracted to install roofing at the construction site — a large and complex project involving the integration of heritage-listed buildings and a new building. On the day of the incident, one of the several roof plumbers on the site had removed the cover from a penetration in the roof in order to install sarking (waterproof material used to stop moisture entering the building), creating an open space of around 600 x 600 mm. Although the sarking was taped down, the compressed fibre cement cover was not replaced before the roof plumber began a conversation with his supervisor.

Another roof plumber joined the discussion before the first roof plumber and the supervisor walked away to attend to another work task. The second roof plumber stepped onto the sarking covering the penetration and fell almost seven metres onto the concrete floor below, sustaining a fractured shoulder and leg, which resulted in two internal fixation surgeries, three weeks in hospital and subsequent extensive occupational therapy, physical therapy and medical treatment. The worker was certified unfit to work for 13 months.

WorkSafe Western Australia Commissioner Darren Kavanagh said Charman had signed a safe work method statement, then proceeded to ignore it. Kavanagh noted that the company had identified the fall hazards associated with this job and had approved the control measures to be used, including fall injury prevention or restraint systems where there were open penetrations. However, the roof plumbers were not instructed to use a fall injury prevention system prior to undertaking work on the day of this incident, so none were in place, despite the fact that they were required to have a system in place whenever there was a penetration larger than 200 x 200 mm.

“All the equipment necessary to create a suitable fall injury prevention system was on site, along with a licensed rigger with specific expertise in creating these systems, and all roof plumbers had access to safety harnesses on site. Despite having controls available, no system was in place and this worker had a devastating fall and was unable to work for an extended period of time after suffering serious and long-term injuries,” said Kavanagh. Kavanagh added that it was entirely practicable for the employer to ensure that the roof plumbers used an adequate fall injury prevention system while undertaking work that involved removing the cover of a penetration.

Charman is one of the first to be prosecuted under the new penalty regime introduced by the Western Australian Government in October 2018 that provides for increased penalties for breaches of workplace safety and health laws — in this case, a maximum fine of $2 million.