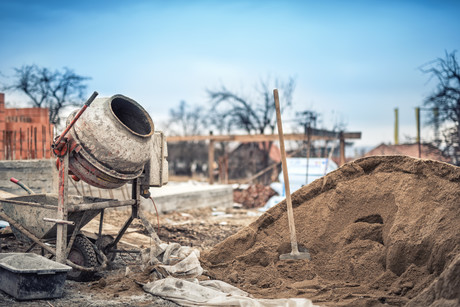 Property developer Mainline Developments has pleaded guilty in the Melbourne County Court and received a $125,000 fine for putting workers and the public at risk of serious injury or death during the construction of a residential complex at Narre Warren, Victoria. The company faced four charges over safety breaches, after WorkSafe inspectors observed the safety breaches on six separate visits to the site between 15 January and 15 March 2018. The construction site had no precautions to prevent workers from falling from roofs, with inspectors noting workers using sections of scaffolding with missing planks.

The safety breaches included a lack of controls to prevent workers falling from the balconies, first floors and roofs of the townhouses under construction and workers using sections of scaffolding with missing planks. Inspectors also observed multiple trucks reversing into oncoming traffic to enter the site via a busy single-lane road and unloading without traffic management to reduce the risks. The site also contained open trenches, unhygienic toilet facilities without water or toilet paper, and no meals area facilities for workers. The site lacked a safe system of work in relation to electricity and had several tripping hazards from debris and rubbish in access areas.

Despite receiving 10 improvement notices from WorkSafe Victoria inspectors, the company failed to implement most of the recommended control measures and was fined $50,000 for failing to ensure the safety of leaving or entering a workplace, $40,000 for failing to provide a safe working environment, $25,000 for not complying with improvement notices and $10,000 for exposing persons other than employees to risks. The company has two prior convictions from 2016, regarding working at height and traffic management issues.

“All of the problems identified at this site could have been easily fixed at relatively little cost, but the company instead repeatedly ignored directives to fix them and has now suffered the consequences. Everyone has the right to be safe at work and WorkSafe will not hesitate to prosecute employers who expose their workers to potential serious injury or death, even when that risk does not eventuate,” said Julie Nielsen, WorkSafe Executive Director of Health and Safety.

Employers can reduce traffic-related risks by using clear signage and appropriate physical barriers where traffic or pedestrian diversion onto roadways cannot be avoided. Employers must identify where there is likely to be risk to pedestrians and cyclists from trucks, particularly near site entry and exit points, and follow a Traffic Management Plan.

A Queensland edge protection company and director have been fined $55,000 after a roofing...

A solar panel installation company has been charged for failing to maintain a safe working...

One worker dead, another injured in fall at Esperance

Worksafe WA is investigating the death of a 25-year-old worker at a property in Esperance.

Have you been introduced to the unique MicroPurity™ technology of the Zip HydroTap®?

Industry 4.0 calls for a system change in field operation