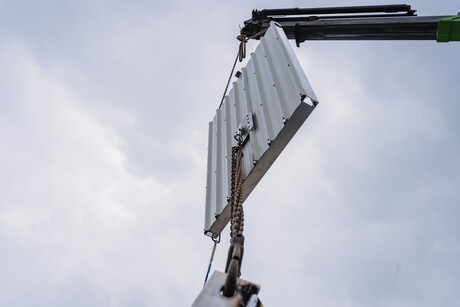 Fall arrest roof anchors are life saving devices and when conducting work at height it is imperative to know that you can rely on your systems to perform as expected. It can be a matter of life or death. The true test of a fall arrest anchor and the support structure is its ability to provide unfailing strength in a split second. Australian Standards have provided clear parameters to be achieved by manufacturers of fall arrest anchor points. The design, manufacture and installation of all fall arrest anchors comes under various Australian Standards, such as AS/NZS 1891 and AS/NZS 5532.

Anchors must be tested in accordance with their specific standard/s to ensure that they can be classed as meeting minimum performance requirements. The cold hard facts are that anchors installed on roofs that are not capable of meeting minimum standard requirements leave operators at real risk of these systems possibly failing in a fall arrest situation. To claim conformance to AS/NZS 5532, which tests the anchor when installed to the actual roof deck, the Sayfa Group’s 3sixty anchor had to pass the following tests:

But the problem was 15 kN, which is the equivalent of 1530 kg, is that, for many people, it is just a number. Many do not understand how significant this load really is, which was why the car lift demonstration was chosen. “It was important to demonstrate, in a relatable way, the true strength of the 3sixty anchor and the requirements of the new Australian Standard when connected to a roof deck,” Anton Voss, General Manager of Sayfa, said. “We knew there had to be an experiment that would show it, we just had to come up with one.”

The idea of lifting a car at first seemed impossible; however, the team at Sayfa were determined, according to Technical Manager Murray Voss. “We had several brainstorming sessions and technical meetings to formulate a plan,” Voss said. “From the outset we decided that selecting a car that weighed a similar amount to the testing criteria of 15 kN would prove our point even more effectively.” The support structure was another factor to be considered. Utilising the KOMBI aluminium modular stair and platform system, the team designed and built a strong, but lightweight frame that was able to sustain the weight of the car without buckling or distorting under the pressure. This support base was secured by only using the proprietary KOMBI T-Bolts designed specifically for the KOMBI system.

On the day of the lift, in early 2020, Sayfa team members gathered around in what was supposed to be a normal welcome back meeting. “There was so much excitement amongst the team as they saw a crane start lifting a car and realised they were watching the 3sixty anchor in action,” Voss said. “I think they thought we’d lost our minds.” At the end of the experiment the 3sixty anchor had lifted 1560 kg. “Of course, we were extremely delighted with the demonstration,” Voss said. “We are 100% confident of 3sixty’s strength and design. Still, it was certainly great to see such an outstanding performance.”

The Sayfa KOMBI KS90 is an aluminium, supported elevated walkway.