The changing face of fall protection 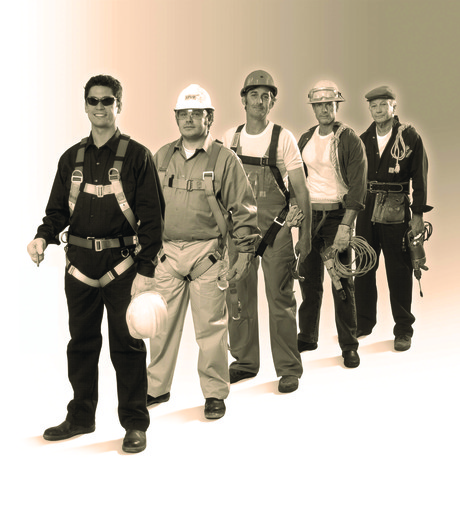 The impact of technology and a shift in the safety culture on work sites is leading to a more widespread adoption of and adherence to safety practices.

In the period July 2003 to 2011, 232 workers were killed following a fall from height, representing some 11% of workers killed over this period, with 7730 claims for serious injury being lodged due to falls from height in the period of 2010–11 in Australia.

Although this current statistic for death by falls is concerning, it is considered that the worker deaths from falls has halved when comparing the figures from 20 years ago.

So what has led to this marked improvement related to deaths from falling? Safety experts say the reason is due to better equipment, advancement in technology and an overall shift in the safe work culture. Recognition of risk driving safety and developing safe work procedures are key factors in reducing the number of worker deaths caused by falls; though much more needs to be done to reduce or eliminate the injuries from falls.

A shift in safety culture

The impact of technology, such as the development of self-rescue devices, energy-absorbing lanyards and fall-arrest-harness designs and other systems of restraint and fall protection, and a shift in the safety culture on construction and other work sites, is leading to a more widespread adoption of and adherence to safety practices.

An example of the shift in safety culture comes from the world of fall protection and safety, guided by technology and innovation of fall protection equipment and systems so effective today that an entirely new category of equipment has been created for protection while working at height, along with rescue and self-rescue devices.

Keep in mind that 40 years ago, the systems used to protect workers at height were rudimentary at best. Often of a construction that could and did cause injury to the worker involved in a fall incident, the equipment was often not used and there was little done to recognise the need to promote safer outcomes of fall-related incidences. Rescue didn’t really exist. If a worker fell, he or she fell to the ground or was left hanging until finally (hopefully) rescued.

Today, due to new technology and advancements in fall protection equipment to keep workers at height safe and catch them when they fall, rescue is now an expected event that must be considered part of a safety plan.

As a result, many companies are better prepared for fall-related rescues. Workers themselves also better understand the purpose of personal safety equipment, such as fall arrest harnesses and systems, and are willing to wear the equipment designed to keep the worker safe when working at height. Many workers are being educated through quality working-at-height training programs that are now available.

There is also more safety gear available, and it often looks appealing and is more comfortable than ever before. Workers today can pick from a wide variety of fashionable safety shoes, glasses, hard hats and reflective clothing.

Modern work clothing and gear is also more practical as safety elements are being built into workers’ everyday attire and toolsets.

Specialty harnesses can now be custom ordered for specific industries and applications, making them more practical than ever. For tower workers, underground miners, electrical utilities, water utilities, wind energy, scaffolding workers, riggers, etc, each harness is built with the specific application and associated jobs in mind.

For example, telecommunications harnesses can have built-in seats; underground mining harnesses have a built-in component that holds a battery pack for miners’ head lights; and construction workers have harnesses with built-in tool belts. In fact, many workers find their harnesses today so useful that they wear them on the job even when they don’t need them for fall protection.

Today, if a worker falls, the fall protection gear either:

A worker suspended from a structure would then need to be rescued and returned safely to his or her starting position or a safe point of extraction. Modern self-retracting lifelines can be set up by the user to automatically lower a worker after a fall has been arrested.

There was a time when companies didn’t always consider rescue as a routine part of doing business. If a worker was at height and fell, the next step was often recovery rather than rescue.

The advancements in equipment and gear and changes to state and federal regulations over time are a big reason behind the shift in attitudes among employers and workers, along with better education regarding the use and safety practices. This has resulted in a more educated workforce driving a reduction in the number of worker deaths caused by falls, though more needs to be done to rein in the high instance of serious injuries related to falls at the workplace.

Today, the emphasis is on restraint rather than fall arrest of the worker. This lessens the risks to the worker by providing an understanding of the fall zone in the workplace, limiting potential falls from height.

Should the worker fall, the fall protection equipment will support the worker. Preplanning for such an outcome should provide a ready rescue technique and response, limiting potential injury to the user through suspension.

In the past, the phrase “fall rescue” may have evoked concerns as to what or how rescue at height would be carried out, with images of dramatic or tricky rescue scenarios. Developments in technology have come a long way to assist in erasing these negative associations.

With developments in rescue devices and systems, rescues can and should be executable with training. Rescue poles allow rescuers to reach down with an extension pole and attach a rescue system to a fallen co-worker. This allows the rescuer to lift up or lower the worker to perform a rescue. New self-rescue systems allow wearers to lower themselves to the ground after falling. In many cases, this eliminates the need for a formal in-house or third-party rescue team.

All of these new developments in rescue gear are the result of both advancements in technology as well as a culture that is more willing to embrace and use safety equipment.

What still needs to change

Height safety practices have come a long way over the past four decades but there is still a lot that needs to be done to keep workers safe at height.

Training the worker to understand the use of the modern fall arrest equipment and its limitations through quality training programs are foremost in the fight to keep workers safe at height and could lead to better work outcomes to assist in limiting the high incidence of serious injury.

Historically speaking, when things went wrong and a fall occurred, providing the worker had been wearing some form of harness or belt, a ‘rescue’ was often referred to as a harrowing experience. The recovery was often difficult, requiring imaginative use of equipment that was available to carry out a rescue, which in many cases had not been provided for before starting work.

Today, a fall into clear space while wearing fall protection equipment attached to an appropriate anchorage will normally result in the worker being suspended with limited or no injury. The preparedness of the rescue plan and resources now available allow the worker to be repatriated in a timely manner to a position of safety.

Australian regulators require that the use of phone number 000 for emergency services should not be used as the first point of contact in a rescue. The employee is required to provide a rescue plan and have the workers able to institute such a plan.

Employees and workers should be made aware of the regulations, both state and federal, along with the Safe Work Practices and Australian Standards requirements for fall arrest and working at height.

Although accidents still happen, fall safety professionals are increasingly hopeful and optimistic about the future of fall protection.

We’ve come a long way since those days, when tough men with a false sense of invincibility dictated a macho, laissez faire attitude towards height safety.

With all of the cost-effective and technologically advanced solutions on the market today, there simply is no excuse for a competent person in charge of an at-height program to not prepare employees and/or provide them with the proper fall protection equipment and training.

And that means the future for workers at height looks more and more secure.