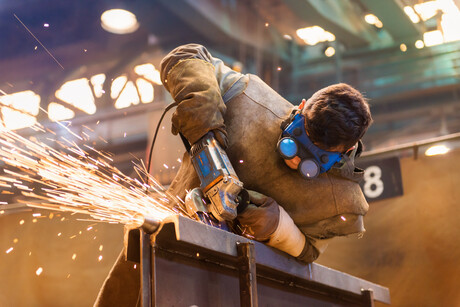 A Welshpool sheet metal fabrication company has reportedly received one of the highest ever fines under Western Australia’s workplace safety laws. PGQW Pty Ltd — previously known as Boxline Industries Pty Ltd — and its manager, Bradley Michael Shackleton, have been fined a total of $650,000 over a 2018 incident which left a worker with serious burns. The company was sentenced to a global fine of $600,000 and ordered to pay $2682.50 in costs, while Shackleton was fined $50,000 and ordered to pay $2682.50 in costs, as the offences occurred with his consent and were attributable to his neglect while he was acting in the capacity of manager.

In November 2018, a new and young employee of PGQW was tasked with orbital sanding around 30 metal sheets after applying kerosene to the sheets to produce a non-reflective and corrosion-resistant finish. The employee did not receive adequate induction, training or supervision to carry out the task. He also did not receive or wear appropriate personal protective equipment (PPE) such as an apron, and was applying kerosene from an unlabelled plastic bottle which was splashing onto his clothes as the sheets were sanded. The work shirt, contaminated with kerosene, was worn the following day, when the employee was welding shipping container locking handles. The worker was not instructed to remove the kerosene-splashed shirt he was wearing, nor was he provided with PPE.

Soon after the worker started welding, he felt his shirt get hot. When he lifted his welding mask he saw his shirt was on fire, and his pants subsequently caught fire. In the time it took to locate a fire extinguisher, which was used to put out the flames, the employee suffered burns to 30% of his body, including his face, ear, chest, arms, stomach, torso and both thighs. His injuries necessitated 13 surgeries, with more needed in future.

At the time of the incident, PGQW did now have any safe systems of work for orbital sanding with kerosene and failed to provide adequate induction, training or supervision to its employees. The company had also received prior Improvement Notices for providing insufficient safety induction, training and adequate labelling of hazardous substances. WorkSafe WA Commissioner Darren Kavanagh said the case was an unfortunate example of a workplace that did not provide any sort of protection for workers, despite the fact that safe alternatives were available and simple to implement. Kavanagh revealed that the employee was not advised about the risks associated with kerosene, including its hazardous and flammable properties, and was not told how much kerosene to use or instructed to wear any personal protective equipment. Kavanagh added that other companies have stopped using kerosene and are either sanding the sheets dry or using a non-flammable alternative; this alternative was present in this workplace and was not used.

Kavanagh noted that WorkSafe inspectors had visited the premises on several occasions and had issued a large number of notices. Shackleton, who was managing the workplace, was aware of the lack of induction, training, supervision and PPE and failed to take any action to remedy the situation, thereby consenting to actions that contributed to the hazard and neglecting to do anything to make the workplace safer for employees. “The level of penalty imposed on the company and the manager reflects the seriousness of the neglect involved and the fact that a young man has suffered terrible injuries,” Kavanagh said.