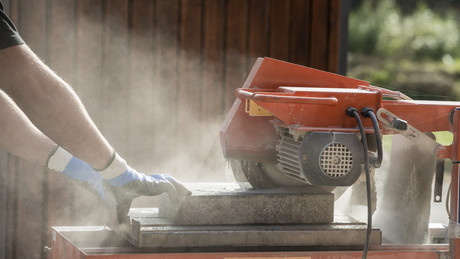 The lung disease silicosis is caused by inhaling a mineral contained in sand, rock and ores such as quartz, known as silica. Those working with concrete and stone are at particular risk, in the construction, mining and manufacturing sectors especially. Although it was once regarded as a disease that affected older workers following exposure to dust over an extended period, an increase in younger Australian workers being affected by silicosis in recent years has been cause for alarm, and heightened the need for action to protect workers.

Australian-invented technology, ‘The Edge Powercutter’ by Guarda Systems, has set out to address the problem via a system that extracts hazardous materials during the cutting process. Guarda Systems Founder Steve Terpstra developed the system in the field while working in masonry cutting. Terpstra was prompted by a belief that existing dust control measures offered insufficient respiratory protection for his workers and himself, and set about developing The Edge Powercutter. 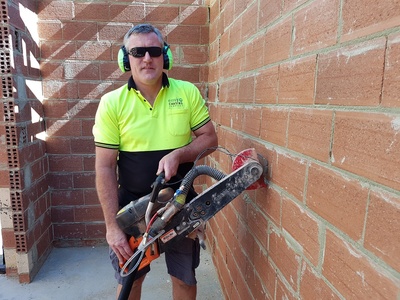 Craig Penty, Managing Director of Guarda Systems, said that current dust control measures are not always effective in maintaining industry-regulated silica dust levels, which he said this system has been shown to do. “Even with the widespread use of dust controls, people are still getting silicosis. With current dust control technologies, the use of water or local exhaust ventilation (vacuums) have not fundamentally changed in many years,” Penty said. “In many situations, respirators are required to protect workers from silica dust, because dust control methods built into tools cannot always keep people safe.

“Current methods used to control silica dust rely either on the use of water to dampen the dust or vacuum to remove it. Guarda has developed a completely new technology that combines water and vacuum for significantly better dust control. Our product has been shown to be up to 20 times better at capturing dust than other existing products currently on the market,” Penty said.

The Edge Powercutter is designed to be adaptable with tools for cutting brick, concrete, rock, stone and any masonry material. It works via a wet vacuum attached to the saw that extracts silica, slurry and exhaust fumes while cutting. The dust is turned into slurry before it can reach the worker’s breathing zone. This is achieved by water being sprayed into the blade guard, with the cutting debris then being forced away from the operator and in to a vacuum barrel. It is claimed that the technology offers up to 20 times more protection compared with current market alternatives. 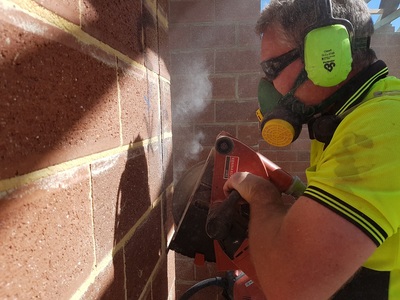 “People are calling for the ban of artificial stone products because it can be shown that current dust control methods can’t always keep people safe,” Penty said. “Now there is a new technology that has been shown to be a significant improvement over current methods. Significant improvement to current dust control methods is difficult. Most improvements are refinements. But we have taken things a step further. When we demonstrate our new dust control saw to the industry we get told it is a game changer and just what the industry has been looking for. This works, and it will save lives.”

The Edge Powercutter is expected to be available throughout Australia in the coming weeks.