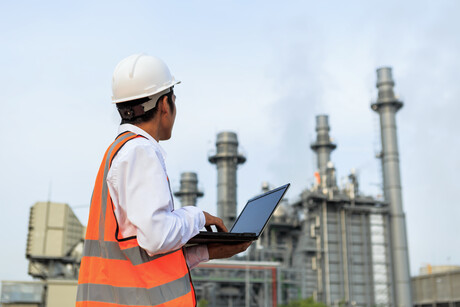 Safety compliance is critical to help ensure incident-free oil and gas production. A fault-tolerant safety instrumented system can help meet compliance requirements. Coal seam gas (CSG) is a naturally occurring methane gas found in most coal seams and is similar to conventional natural gas. CSG is extracted from deep below the ground using best-practice techniques that protect the community and our environment.

Australia’s major coal seam gas resources are found onshore in eastern Australia. Currently the largest known proven reserves are in Queensland’s Bowen and Surat basins. Natural gas from coal seams forms part of the gas supply used by industry and households for heating and cooking. The Australian CSG industry has earned a reputation as a highly regulated industry with best-practice technologies to protect land and water resources.

CSG wells release gas through groundwater extraction. The extracted water and gas is diverted to the surface where the water is separated from the gas. CSG water has a high concentration of salt — it is collected and transferred via pipelines to storage ponds. The water is then pumped to water treatment plants where it is further treated prior to being used for agriculture, municipal or industrial applications. The CSG water treatment plant is powered by gas engine generators using methane from the gas fields.

Meeting global safety standards for fire and gas is a key priority for this energy company. As such, the company called on PSA Engineering to upgrade the emergency shutdown and fire and gas system, across its seven generators. “With a treatment capacity of more than 90,000 cubic metres per day, reducing safety risks was a critical consideration for the water treatment plant. The key driver for the project was to replace a non-compliant SIL2 fire and gas system with one that complied,” said John Teahan, Lead I+E Engineer at PSA Engineering, responsible for the delivery of a fully compliant OLF-070 SIL 2 F+G Safety Instrumented System.

Each of the seven gas generators onsite is housed within an individual enclosure with multiple SIL 2 certified fire and gas sensors to monitor for fire and/or gas events. Sensors operate in 1oo2 voter mode with provision for online sensor testing and fault tolerance provided where 1oo2 degrades to 1oo1. A complete spectrum of sensor diagnostics is designed into AADvance application with direct reporting to the operator via the OPC interfaced SCADA system.

The system features a series of SIL 2 certified beacons to alert personnel within the generator enclosure and immediate area plus a siren to warn personnel of a potential fire and/or gas event. The AADvance fault-tolerant control system was selected for its safety capabilities and value proposition. It is a Safety Instrumented System that provides flexible controller redundancy and could be engineered to integrate with existing systems at the plant.

With a treatment capacity of more than 90,000 cubic metres per day, reducing safety risks was a critical consideration for the water treatment plant. If there was a fire or gas event, the generators would need to have a quick and effective emergency shutdown procedure for safety. The AADvance system is designed to meet this requirement by providing a fully independent shutdown path to the gas generator units, isolation of fuel gas valves and associated electrical systems. The system also immediately triggers the affected generators’ beacon and siren system plus the Plant Wide Emergency Siren, giving personnel who may be in the area maximum time to evacuate.

To help make the commissioning process as seamless as possible, detailed FAT testing was conducted and was integrated with the existing plant HMI system. “When we were ready to commission the system onsite, we didn’t have to make any changes thanks to the prior testing,” said Nigel Campbell, Field Technical Lead at PSA Engineering. “In addition, the control room only offered a confined amount of space, but because the AADvance system was so compact we could fit it into a standard panel.”

As a result of the upgrade, the plant is now compliant with IEC 61511 SIL2 design Fire and Gas Safety Instrument System regulations. Furthermore, the system was designed to meet the strict guidelines of OLF, the Norwegian Oil Industry Association. OLF-070 sets a high safety performance target for fire and gas safety systems designed as per this standard.

After an exposure to a hazardous substance, any delay, even for a few seconds, can result in...