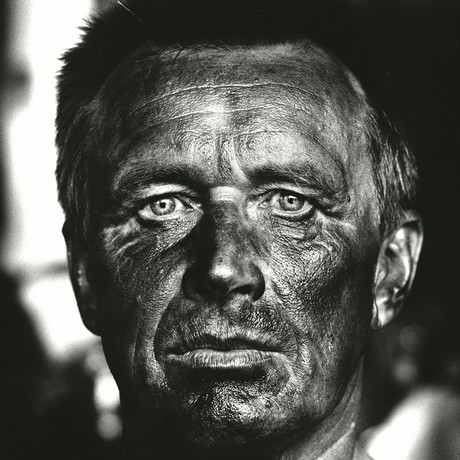 In early 2017 welding fume was reclassified as ‘carcinogenic to humans’ by the International Agency for the Research on Cancer (IARC), meaning that there is a direct relationship between inhaling welding fume and contracting cancer.

Based on the typical respiratory rate of 20 litres of air per minute, or 2300 m3 of air per year, a welder operating within the workplace exposure standards for general welding fume (5 mg/m3) in Australia, wearing no respiratory protection, can inhale up to 11 grams of welding fume per year. So year on year, an unprotected Aussie welder operating within the workplace exposure limits in Australia can inhale 11 grams of a now known, identified and classified carcinogen.

There is a significant disparity between workplace exposure limits for welding fume around the world, and in this respect Australia is far behind other countries like Germany and the Netherlands.

AWS asked Christian Ripken, an Application Engineer within the Personal Safety Industry in Germany, what he thought of the differences between the OELs for welding fume in Australia and Germany:

“Materials, techniques, applications and potential hazards are very similar all over the globe, so it makes absolute sense to globally harmonise rules and regulations. From a safety and risk assessment perspective, it does not make a big difference if a welder is working in Australia, the US or in Europe. Welders and workers alike should have the best possible protection (based on current knowledge), wherever they are working in the world.”

The current exposure standards for Australia “do not identify a dividing line between a healthy or unhealthy working environment and are only provided for information purposes to help minimise exposure. Therefore, exposure standards should not be considered as representing an acceptable level of exposure to workers. They establish a statutory maximum upper limit”1. Therefore, the employer has the primary responsibility to ensure that welders, as far as reasonably practicable, are not exposed to health and safety risks whilst performing their job. If it is impossible to eliminate the risk entirely, the employer must minimise the risk as far as reasonably practicable by introducing engineering or administrative controls such as ventilation and the use of personal protective equipment such as welding powered air respirators or supplied air respirators.

Terry Gorman, a Senior Occupational Hygienist in Australia, advises that “an alert safety professional will keep up to date with changes in different countries that are considered relevant (eg, USA, UK, Germany) to see what changes are occurring. Lowering of an OEL in another jurisdiction can be the trigger to install an internal OEL used in a company to give the exposed workers the protection they deserve.”

A number of large Australian companies are now changing their stance on PPE for welders after the reclassification of welding fume by the IARC. Many large Australian companies are strengthening their controls by enforcing the use of welding powered air purifying respirators (PAPRs) to reduce welding fume exposure to as low as reasonably practicable.

In 2014, in an Australian first, a Victorian County Court ruled that a Melbourne man’s deadly lung cancer was linked to toxic welding fumes and that working as a welder had raised his risk of contracting lung cancer. This ruling has set the precedent for future compensation claims.

If you are a welder, employ welders or know a welder and would like more information on this subject then please download the AWS white paper, which takes a closer look at the recent reclassification of welding fume from an Australian perspective. The paper pulls together relevant information from multiple sources into one easy-to-read document, so that employers of welders and welders themselves can make better decisions regarding welding fume and suitable respiratory protective measures. The paper also attempts to raise awareness of workplace cancer risks associated with welding so that welders question and challenge whether they are suitably protected even when operating under the current Australian workplace exposure standards for welding fume. If you are a welder, friends or family of a welder or responsible for welders within a business then this is a must read.

Download the White Paper on Welding Fume, which takes a closer look at the reclassification of welding fume from an Australian perspective.