The amount of waste worldwide continues to increase. Currently in the Czech Republic, 75% of the municipal waste is stored in landfills. Approximately 400,000 tonnes of that waste is thermally processed in municipal waste incinerators, amounting to a total heat supply of about 2.3 million gigajoules and a gross electricity production of about 18,000 megawatt hours. The advantage of thermal treatment of waste is, in addition to energy gains, the reduction in waste volume (approximately 10 to 15% of the original weight). The ZEVO plant at Malešice has been operational since 1998 and takes care of the transformation of waste into thermal and electric energy. The acquired energy is used as heating of domestic water and residential buildings. 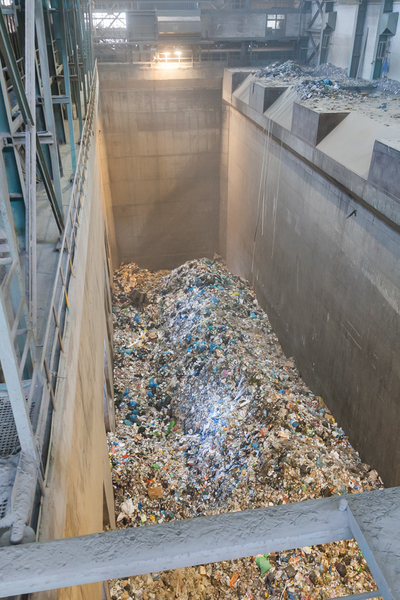 Fires can be a threat in waste plants of this nature, the most common causes being spontaneous chemical combustion of waste; heat from vehicles that collect the municipal waste; and fire or explosion due to the increased concentration of methane released from the waste during the decay process. In order to reduce the risk of fires, the ZEVO Malešice plant decided to invest in the Waste Bunker Monitor system from Workswell.

The waste at the ZEVO Malešice plant is imported into a storage tank, used for the homogenisation of materials and to ensure sufficient reserve of waste so that the plant can be operated continuously. In this case, Workswell opted for two FLIR A615 cameras with a resolution of 640 x 480 pixels and with an 80° lens. These cameras monitor the storage tank for hot spots that indicate the possibility of a fire starting.

The Waste Bunker Monitor system from Workswell combines the non-contact measurement technology from FLIR Systems with proprietary software which presents plant operators with the critical areas that have an increased risk of fire. 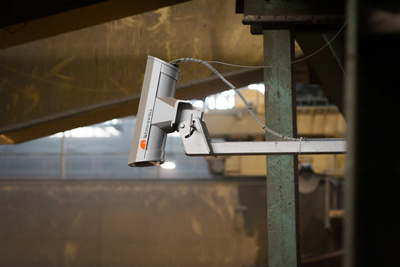 Two FLIR A615 cameras, installed in a protective housing, monitor the storage tank for hotspots that indicate the possibility of a fire starting.

“The whole system is scalable and can consist of several thermal imaging cameras with high spatial resolution and with thermal sensitivity greater than 0.05°C,” commented Jan Kovář, managing director at Workswell. “We have found that the FLIR A315 or FLIR A615 cameras are the best fit for our system. We always determine the number of cameras, their resolution and visual field of view in order to detect the smallest temperature difference.”

The monitored area is divided into zones in which the temperatures are evaluated several times per second. Consequently, the automatic system reports any area with an increased surface temperature to the crane operators.

At the head of the thermal imaging system is control and visualisation software that displays the images and temperatures coming from the FLIR thermal cameras. The software also provides operator visual and audio alerts whenever the temperature exceeds a certain value. Next to the thermal image, the software presents operators with an area map, divided into sectors making it easier for operators to pinpoint the exact location of a hotspot.

“Luckily, we haven’t witnessed any fires yet at the ZEVO Malešice plant,” said Jan Kovář of Workswell. “But we are very confident that the system and the thermal imaging cameras from FLIR will do a good job. We performed several tests before the actual deployment of the system and the results were much better than we expected.”