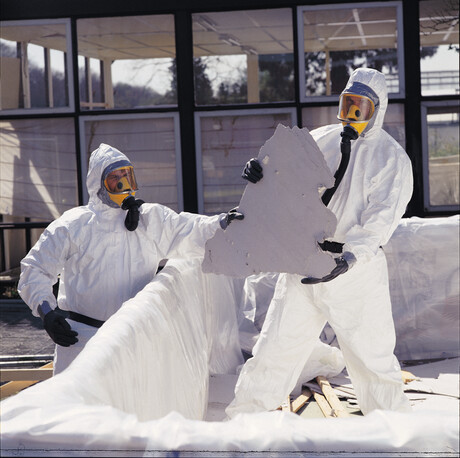 Risks and worker exposures to hazardous fine particles like respirable crystalline silica (RCS) must be managed using the hierarchy of controls. From this hierarchy, personal protective equipment (PPE) serves as a strong last line of defence at work sites. Protective coveralls that minimise dust particulate penetration through to the garments being worn underneath the coverall are critically important.

Silica is silicon dioxide, which is a naturally occurring mineral that forms the major part of many rocks and soils (granite, shale, sandstone, sand). It’s also used to make concrete, mortar and composite stones. Composite stones are often used to fabricate benchtops for kitchens and bathrooms, as well as other products. When workers fabricate these products (cut, saw, grind, drill, polish, etc), very small silica dust particles are generated, and become airborne.

From 1 July, the workplace exposure standard (WES) for RCS reduced by half in six Australian jurisdictions: the Australian Capital Territory, New South Wales, the Northern Territory, Queensland, South Australia and the Commonwealth. The move followed the reduction in the WES for RCS under the model Work Health and Safety (WHS) laws, and came after the implementation of the updated WES in the Victorian jurisdiction in December of last year.

The WES for RCS halved from an eight-hour time-weighted average of 0.1 milligrams per cubic metre (mg/m3) to 0.05 mg/m3 under the Work Health and Safety Regulations 2011, but risks and worker exposures to hazardous fine particles like RCS must still be managed using the hierarchy of controls.

One of the more dangerous traits of RCS is the extremely small particle size, which allows them to flow when airborne, and travel on air turbulence (even indoors), for long periods of time. According to the National Institute of Environmental Health Services, the size of dust emissions from silica containing substances varies from 0.01 μm (micrometres) to 100 μm in diameter. For perspective, the diameter of the average human hair is about 70–100 μm.

Depending on their weight, dust particles must typically be 200 μm or smaller to become airborne and linger, while 50 μm and smaller particles are invisible to the naked eye. Particulate matter of ≤10 μm (PM10) is the approximate size threshold for particles to be able to penetrate the body’s natural defences (mucus membranes, cilia, etc) and reach deep into the lungs, potentially causing serious health issues such as silicosis.

According to the Model WHS Regulations, managing risks and worker exposures to silica can be achieved by selecting and implementing measures using the hierarchy of controls. More than one control will normally be required to adequately protect workers, and these are as follows:

Work clothing that does not collect dust: a focus on protective coveralls and standards

Regulations require that disposable protective coveralls for handling hazardous particles meet the EN 13982-1 Type 5 standard. However, as the Total Inward Leakage (TILA) allowed under this standard is very high (15% in 8 out of 10 suits tested); the more stringent standard of EN 1073-2 Class 2 is desirable, as this requires the Average TILA to be less than 2% for 6 suits tested.

Workers using coveralls that meet the EN 13982-1 Type 5 Standard may be unaware that up to 15% of the hazardous fine particles may be entering inside the suit. If appropriate decontamination procedures are not implemented, this can lead to secondary inhalation of silica particles by the worker and family members, if contaminated garments worn under the disposable coveralls are worn home.

Workers can reduce the risk of exposure to silica by wearing disposable coveralls that have a lower Average TILA. Barrier fabrics with the ability to evacuate body moisture, while still providing excellent particle holdout, will provide the ideal balance of comfort and protection against silica, asbestos and other fine particle hazards.

The dangers of highly transmissible blood-borne diseases have been pushed off the front page in...