Asbestos found where you least expect it: are you at risk? 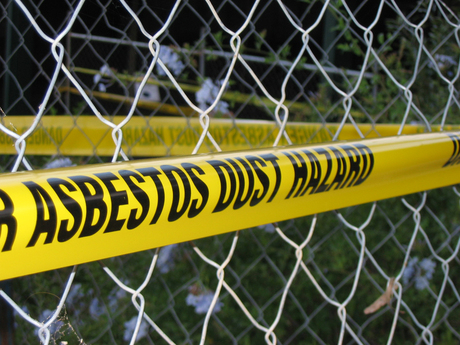 Asbestos is a deadly substance, but despite being banned in Australia since 2003, its legacy from mining and widespread use in building materials is far from over.

We’ve all heard stories involving unsafe practices around asbestos - like men throwing handfuls of the stuff at each other as though they were snowballs or renovators tearing into asbestos-affected buildings without any protective gear. And the stories are not always from years past when less was publicly known about the mineral’s carcinogenic properties.

It’s estimated one in three homes in Australia contains asbestos, and with the number of mesothelioma cases (rare cancer caused by asbestos) not expected to peak until 20211, asbestos exposure continues to be an important health and safety issue for the nation. Especially when the substance shows up in surprising places.

Speaking at a Cancer Council forum on occupational cancer, Asbestos Removal Contractors Association (ARCA) President Bret Baker said asbestos is being found where you least expect it, and you could unknowingly be bringing the substance into your property.

“It’s very common these days for recycled building products such as brick and concrete to have asbestos connected [to it],” Baker said.

“It's being found in recyclable materials such as roadbase, temporary construction site entry materials, soil products, wood chip and the like.”

While asbestos is not allowed to be used in any form in Australia, the substance is cropping up when contaminated materials are found within the demolition loads brought in for recycling. According to the 2010 guide Management of Asbestos in Recycled Construction and Demolition Waste, “products containing asbestos containing materials (ACM) are prohibited from being sold or used as recycling materials”.2

“Recyclers try to mitigate this but sometimes it is getting through,” Baker said.

The NSW Environmental Protection Authority (EPA) released a draft protocol in July 2014 setting out the rules and procedures for recyclers to ensure asbestos - usually in the form of ‘fibro’ sheeting fragments - does not enter a recycling waste facility and end up in recyclable products sold to third parties. It also outlines how to manage asbestos when it is unexpectedly found in recyclable products.3

Asked if it is dangerous to be exposed to asbestos in these new materials, Baker responded with an emphatic “yes”. He said it typically can be identified from experienced and competent people who then will have it tested in a laboratory for confirmation.

Since the national ban, it has been illegal to import asbestos into Australia, except under strict conditions. The Australian Customs and Border Protections Service claims it has, however, detected the substance in a range of imported goods in recent years, including gaskets, heating equipment and pressurised hoses. Baker said asbestos has also been found within equipment such as cars and other machinery.

“It’s no longer allowed to be used but that doesn’t mean people still don’t use it,” Baker said.

“An example in Queensland recently was where materials were imported from overseas and it was used in the wall sheeting.”

Customs state the onus is on importers to ensure they do not import prohibited goods into Australia. Importers may also be liable to any costs of independent inspection, testing, storage and disposal of goods conducted by customs if goods are suspected to contain asbestos. Penalties for importing asbestos can attract fines of up to $170,000. A way to mitigate the risk is to arrange an inspection and certification of goods by a qualified occupational hygienist, before exportation.4

How informed are you?

There is much information available today from government, associations and agencies about asbestos and its related dangers. In 2014 a national sample survey was conducted for the Asbestos Safety and Eradication Agency (ASEA) to discover where awareness levels were at for groups identified at high risk of exposure. Findings revealed that across the target groups (tradespeople, the general public, DIY home renovators, and real estate agents and landlords*), knowledge about asbestos was reasonable.

Tradespeople (identified as working in some capacity related to the construction industry) were seen to be more engaged on the issue with 82% of respondents claiming they felt informed about asbestos. Other attitudinal insights revealed:

While the data provides only a baseline measure for awareness across the industry, some of the figures indicate there are still many who could increase their knowledge on this issue. For a group that could be expected to routinely be in environments containing asbestos, ignorance or complacency on its dangers, where to find it or what to do when found could result in riskier behaviours on job sites.

There are a number of precautions workers can take to limit their risk of exposure to asbestos. Baker told the forum to consider the following before renovating or demolishing a structure:

Champagne industry to uncork big growth in next decade