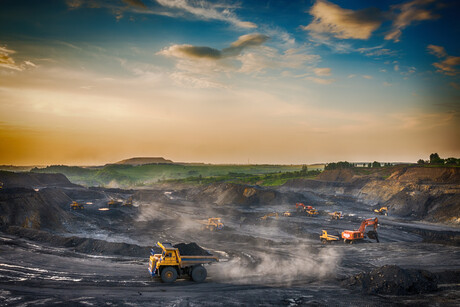 The Hazelwood Health Study’s Hazelinks Stream, which investigates changes in the health of the community during and after the Hazelwood mine fire, has released a report on risk of death in smoke-impacted areas. Researchers used data from the National Mortality Database to determine whether death rates had increased during and/or after the mine fire, and whether those rates were affected by daily changes in the levels of mine fire smoke pollution.

During the first 30 days of the mine fire period (9 February to 10 March 2014), when smoke levels were most intense, there was an increased risk of death from injuries, but not from other causes. Across all smoke-impacted communities, there were approximately 11 extra deaths from injury during this period. The greatest increases in risk of death from injury were observed in men and in residents aged 80 years and older.

Professor Malcolm Sim, Hazelwood Health Study investigator, said that increases in daily smoke levels were found to be associated with increases in risk of injury-related death. In the following six months, from 11 March to 11 September 2014, there was an increased risk of death from conditions affecting the heart, such as ischemic heart disease, in the Latrobe Valley, particularly in Morwell, with 26 extra deaths from conditions affecting the heart. The greatest risks were observed in men and residents aged 80 years and older. Professor Sims said the findings highlight the need for close surveillance of the health of smoke-exposed populations for many months after a smoke event.

The research found no increase in risk of death from respiratory (lung) conditions; however, Professor Sim noted that this does not mean that the mine fire smoke was safe for people with respiratory illnesses.

“Previous Hazelwood Health Study research has shown increases in respiratory symptoms and conditions following the smoke event. However, it may be that vulnerable people with chronic respiratory illnesses also took preventive action including leaving the smoke-impacted areas, wearing protective masks, and/or increasing their use of preventive medications or oxygen therapy,” said Professor Sim.

There were some limitations to the findings; the number of excess injury deaths was too small to be subcategorised into detailed types of injury and it was not possible to know what activities people were doing when they were injured. However, the injury deaths were primarily categorised as unintentional, as opposed to cases of intentional self-harm. The data did not allow researchers to identify which 11 from all injury-related deaths in the first 30 days of the fire, or which 26 from all heart-related deaths in the six months after the fire, might have been caused by the smoke.

The research findings will be shared with relevant health and emergency services to help inform future responses to air pollution events. The Hazelwood Health Study will continue to monitor the long-term health of communities impacted by the mine fire.

A Gold Coast jumping castle hire business has been fined $50,000 for exposing two workers, who...