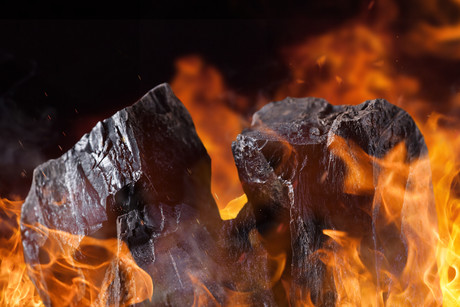 Outbreak of fire is by far the most reported notifiable event in the Australian mining sector. Fires accounted for a massive 98% of notifiable incidents at Western Australian (WA) mine sites and mineral processing plants in the 12 months to March 2018, according to WA’s Department of Mines, Industry Regulation and Safety (DMIRS). It is a similar story across Australia’s other mining states, with both the NSW Resources Regulator and Queensland’s Department of Natural Resources, Mines and Energy (DNRME) reporting big increases in fire incidents over recent years.

For fire to start, there has to be an ignition source, a fuel source and oxygen. The problem in mining and many other large industries is that in recent years, there has been an increase in both ignition and fuel sources. Common causes of ignition are excessive heat and electrical faults, commonly caused by equipment failures, arcing (sparking) in flammable environments, and hot work such as cutting, grinding and welding being carried out without adequate precautionary measures in place. Such ignition sources have been around for decades and fire has been an issue in volatile environments where excessive gas and dust build-up is a problem — particularly underground. But as plant and equipment increases in size and is rolled out in ever-growing numbers, there is more opportunity for ignition to occur regardless of the environment.

When this happens, the chances of making contact with a fuel source is significantly greater than in the past. That is not only due to the size and growth in 24/7 activity at mines and processing plants, but also because of the growing use of lightweight plastics and rubbers, as well as greater quantities of flammable liquids and gases on site. Fortunately for those working in the mining industry, injuries and fatalities are low, and loss of equipment is only moderate in comparison to the number of fires. Improved safety procedures, emergency response training and containment measures mean that if a fire does break out, workers are generally well prepared to deal with it.

But as the saying goes, prevention is always better than cure. In some cases, that philosophy has led to sites banning hot works altogether or imposing tighter restrictions on traffic access to at-risk areas. At the same time, innovation continues to grow from adversity and the problem is leading to a range of solutions from product and service providers.

For Elastomers Australia, the solution was to eliminate an obvious fuel source — namely the flammable rubber used to manufacture screen media panels. Screening is the process of grading ore by size; flexible panels, known as media and made from rubber or polyurethane, are used to sieve the ore. Elastomers’ R&D and Solutions teams worked with clients to develop a flame retardant rubber compound. Not only does this inhibit the spread of flames, but when it is exposed to heat a chemical reaction occurs that actively extinguishes fire.

Anglo American designed and implemented two innovations designed to reduce fire risk at its Queensland mines, including the Shuttle Car Cable Reel Interlock Valve, which prevents shuttle car cable damage and failure caused by the car running over the cable. This can result in arc flashes and, if the environment contains flammable gas or dust, there is a high risk of explosion and fire. The company also developed its Pulley String Catcher, which prevents bearing failure occurring as a result of the build-up of string around the pulley shaft. When bearings fail, they typically heat up and pose a significant fire risk.

Risk management is a process of continual improvement and one that necessarily must involve every stakeholder involved across industry. It is vital that operators, contractors, product and service providers, researchers, educators and regulators work together to continually innovate and implement solutions to minimise and ultimately eliminate risk.