The FirePass Oxygen Reduced Fire Prevention system was installed recently at the Sydney Adventist Hospital (SAH) located in Wahroonga on Sydney’s North Shore. The system has the unique ability to create an environment of breathable, controlled oxygen-reduced air that prevents fire ignition.

The system prevents fire proactively using technology that produces oxygen-reduced (hypoxic) air by partly filtering out oxygen from ambient atmospheric air. Ventilation of a room with oxygen-reduced air creates a hypoxic fire prevention system where fires cannot start. The FirePass prevention environment typically is 15% oxygen and the balance is principally nitrogen. This combination of oxygen and nitrogen will not support combustion but is reported to be safe for healthy people. There has been extensive medical research in the UK, Europe and Australia to support the safety of working in a hypoxic environment of oxygen at 15%. 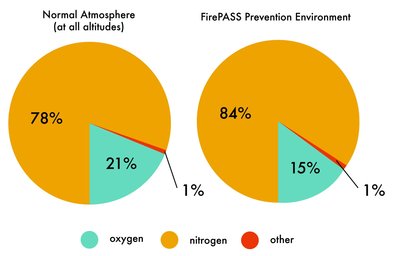 At sea level, 15% oxygen content is equivalent, in terms of human physiology, to normal atmospheric air at an elevation of around 2700 m above sea level or being on a commercial flight. The hypoxic air also is reported to have no detrimental effect on equipment. The oxygen-reduced environment slows oxidation and is suitable for preservation of irreplaceable items such as museum exhibits, artworks, archived documents and rare artefacts.

In June 2013, Automatic Fire Protection installed a FirePass FP-500 System into a power factor correction room and a submain room at the SAH. The FirePass FP-500 system typically protects a volume of 500 m3. 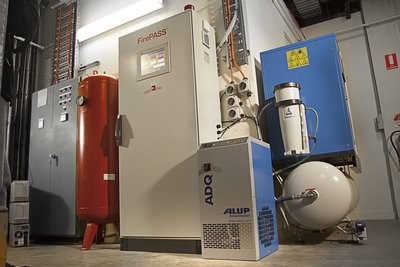 The ARA Group has entered into an exclusive arrangement with FirePass International, the Swiss company that invented the fire prevention technology. ARA has also engaged an Australian thoracic specialist, Professor Matthew Peters, to conduct an independent review on working in hypoxic conditions with a goal to develop a protocol for workplace safety.

A Day in the Life of Registered Nurse Eloise Forster

Leveraging the benefits of intelligent automation