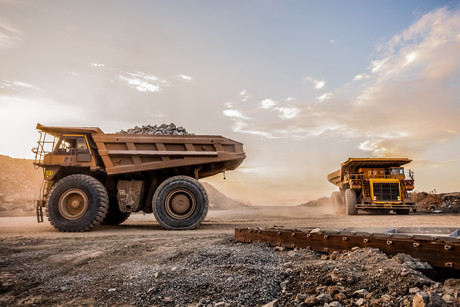 The latest quarterly report released by the New South Wales (NSW) Department of Planning, Industry and Environment into mobile plant fires confirms an increasing trend. In the fourth quarter (October–December 2019) report, 46 fires were recorded, increased from 30 from the third quarter. It marks the first time that the total number of mobile plant fires exceeded 40 for a single quarter in 2019 (33 in quarter one and 32 in quarter two). This latest report brought the total number of mobile plant fires in the state during 2019 up to 141, which marks a five-year high.

The report reveals a general year-on-year increase in the number of mobile plant fires (with the exception of 2018). In 2015 there were 49, followed by 67 in 2016; this then jumped to 112 in 2017, and then dipped to 104 in 2018, then rising in 2019. November 2019 recorded the highest number of fires for the year with 22, 14 of which were surface and eight of which were underground. The NSW Resources Regulator described the increase of reports of fires on mobile plant in the state as “concerning”, and noted that the “reported fires have generally been caused by either the escape of fluids ignited by the hot surface of an engine, or electrical wiring faults”.

Such fires are dangerous as they can result in: operator burns, falls while exiting large mining vehicles during a fire and the inhalation of products of the fire that can be hazardous. The regulator also noted that underground mines can be especially dangerous due to: dangers of enclosed spaces, smoke and toxic gases involved, and challenges that arise during evacuation. A fire in an underground coalmine also “has the potential to escalate to a catastrophic event”, and those working in these settings face higher risks from these fires compared with surface vehicles, “as more people are potentially exposed to the products of fire”, the regulator advised.

Given these underground hazards, it is especially noteworthy that along with a general increase in the number of fires, this most recent report notes that there has also been “a significant rise in the occurrence of underground fires”. During the October–December 2019 period there were 16 underground mobile plant fires, which is a two-fold increase on the previous quarter (8) — quarters one and two reported 9 and 6 underground fires, respectively.

Other findings of the report include: more than half of the 141 fires reported in 2019 were associated with a “surface coal” (74) mine type and primary location, which was followed by “underground metals — underground location” (35) and “underground metals — surface location” (9); and “electronical component” and “electrical wiring” were responsible for heat and fuel sources, respectively, in more than 30% of reported cases.

“We have been focussed [sic] on compliance and enforcement activities relating to fires on mobile plant,” the regulator stated in the report. “We are committed to working with industry to ensure health and safety obligations are being met to reduce the number of fires on mobile plant and to prevent potentially catastrophic events.” The regulator also commented: “We recognise the need to prevent fires in mines and to minimise the severity of a fire event, should it occur.”

How COVID-19 is shifting priorities for tech spend