Plenty of people underestimate the danger of a fire spreading through a tunnel. Smoke and heat have no way to escape, and they spread at rapid speeds. The short amount of time needed for hot axles or cracked brake rotors on trucks or motor coaches to cause a fire is also well established. Despite all this, there is a way to identify overheating parts on a vehicle before it enters a tunnel and to pull that vehicle out of traffic: using the VHD Pro vehicle hot spot detector from SICK. 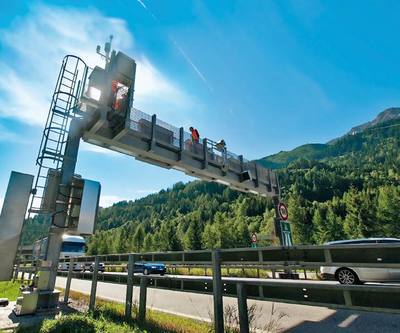 The system has already been used by Austrian autobahn operator ASFINAG and by FEDRO, the Swiss Federal Roads Office. The VHD Pro system monitors the 8 km Karawanks tunnel in Austria and the Gotthard tunnel in Switzerland, which at a length of 17 km is the world’s third longest road tunnel.

A VHD Pro system combines the measured data from thermal imaging cameras and laser scanners to catch overheating vehicles before they enter a tunnel. Thanks to the special overhead and side positioning of the LMS511 Traffic laser scanners from SICK, it is possible to measure vehicles in free-flowing traffic both lengthwise and in profile, and also to detect wheels and various other vehicle components. Be it in the cab area, near the exhaust pipe or on the wheels, dangerous outer temperatures at the vehicle’s exterior envelope are measured by the thermal imaging camera and matched to the corresponding vehicle segments on the 3D model.

Every vehicle - even if it accelerates or brakes as it passes by the system - is captured by the scanners, regardless of the weather conditions. The Vehicle Hot Spot Detector software evaluates the 3D data together with the measured temperature values. In this way, potentially dangerous outside vehicle temperatures are accurately localised, identified and displayed on the 3D model of the vehicle. The operating temperature of a wheel indicates a possible technical anomaly as soon as it reaches a value in excess of 60°C. At 100°C and up, the operating temperature for bearing seals is exceeded, which can cause lubricant leakages and other subsequent damage. At over 200°C, the rubber becomes damaged, and pyrolysis begins in the tyre at temperatures of 260°C or higher. The flash point then follows at 350°C. 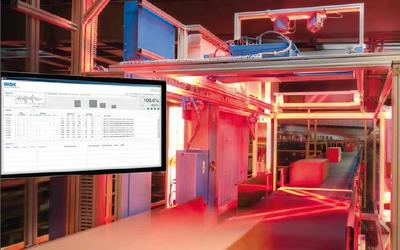 ‘Hot’ vehicles are ‘cooled off’

Once an alarm has been triggered by a temperature that exceeds specified limits, the vehicle is pulled out of traffic in time before entering the tunnel and is given an opportunity to ‘cool off’. It is thus possible to avoid disastrous fires and accidents that can be caused by overheating vehicles in a tunnel.

Government policy catching up to industry on net zero targets