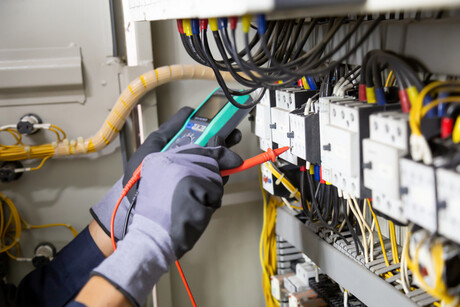 According to information presented in court by Building and Energy, Betti attended a Trigg home in July 2020 to install the electrical components of a newly fitted window shutter. The work included connecting the wall switch to a flexible power cord and a three-pin ‘male’ plug so the shutter controls could link to a back-up uninterruptable power supply (UPS). When another electrician came to the house a week later for an unrelated issue, he received an electric shock after touching the metal pins on the cutter power cord plug. Rather than connecting the cord just to the shutter controls, Betti had also incorrectly wired it into a nearby socket outlet. This meant the plug’s metal pins were continuously live with 240 volts of electricity while mains power was supplied to the house.

Magistrate Richard Huston ordered Betti to pay costs of $573.50 and noted that the substandard work could have resulted in a fatality. While acknowledging Betti’s early plea, remorse and improved practices, His Honour added that consumers needed to be assured they were not at risk from electricity, especially due to poor workmanship from qualified professionals.

WA’s Director of Energy Safety, Saj Abdoolakhan, said he was relieved that the dangerous installation was detected quickly and without serious injuries.

“This is a potentially lethal hazard, with exposed metal components electrified by mains power and within easy reach at ground level. It is incredibly fortunate that no one was seriously injured or killed. This should be a wake-up call for all electricians that they should think twice or seek appropriate guidance before taking on unfamiliar tasks. Electricians must also carry out mandatory checks and tests of their work to detect errors such as this before they put themselves and others at risk,” Abdoolakhan said.

The Electrical Safety Office of Queensland has issued a safety alert for electricity meter...

Establishing and Implementing an Effective Food Safety Management System in 2023