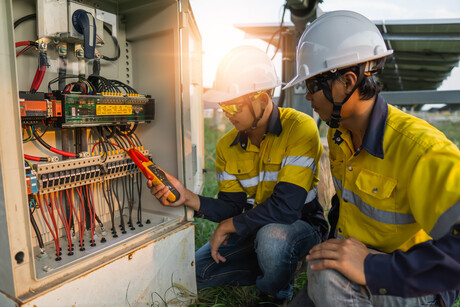 The Queensland Government has stepped up its crackdown on unlicensed operators advertising through online marketplaces like AirTasker to do home electrical tasks illegally, ahead of Electrical Safety Week. Industrial Relations Minister Grace Grace said the Electrical Safety Office’s (ESO) blitz on unlicensed services being advertised and illegal work being done has led to a raft of enforcement action.

“We are doing everything we can to stamp out these dangerous practices and, when breaches occur, we are coming down hard. It doesn’t matter whether you are falsely advertising, performing unlicensed work or engaging unlicensed operators — it’s illegal and downright dangerous,” said Grace.

Grace noted that ESO inspectors have issued 75 statutory notices over three months, for offences ranging from non-compliant advertising by a licensed contractor to failure to hold an electrical contractor or electrical work licence. There are also a number of matters being investigated for prosecution. The ESO investigations team has also finalised four briefs for referral to the state’s independent Work Health and Safety Prosecutor, with an additional seven investigations on hand, to submit for prosecution.

“These matters relate to unlicensed electrical contracting and failure to comply with improvement notices,” said Grace.

ESO inspectors also executed a search warrant on a premise in South East Queensland as part of an investigation into allegations of unlicensed electrical work. An injunction application was lodged in the Brisbane Magistrates Court to prevent a company from contracting for electrical work.

“People doing unlicensed electrical work don’t have the knowledge or competence to ensure it is compliant with installation standards, or to ultimately test the work to make sure it’s electrically safe. Unsafe work means greater risk of shock, which could end up in serious injury or death, as well as fire and property damage,” said Grace.