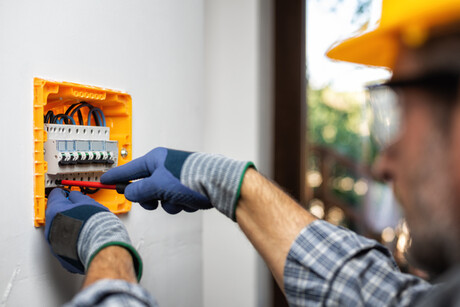 Queensland’s Electrical Safety Office was notified of two separate incidents where meter readers received an electric shock. In both incidents, the meter readers tested the outside of the meter box with a proximity voltage tester to check it was not live. However, upon touching the scroll button on the electricity meter they received an electric shock. The electricity distributor found that power monitoring devices attached to the switchboard had leaked battery acid onto the electricity meter, creating an unsafe situation.

Meter readers are advised to check for the presence of these devices when first opening the switchboard, noting they may be installed in hard-to-see locations. Meter readers should also maintain battery-powered devices such as energy monitoring systems, timeclocks or communication equipment. If these devices are not maintained, they can leak an alkaline substance onto equipment located below, creating a potential electric shock hazard and damaging equipment.

If batteries have leaked, make note of the extent of the leakage and ensure suitable controls are in place to eliminate the shock hazard and chemical exposure. This may include advising the owner to have the device and associated cabling removed. To eliminate the risk to equipment and people, unused battery-powered devices should have their batteries removed and be located so that battery leakage does not endanger other electrical equipment, or be removed (including any associated cabling).