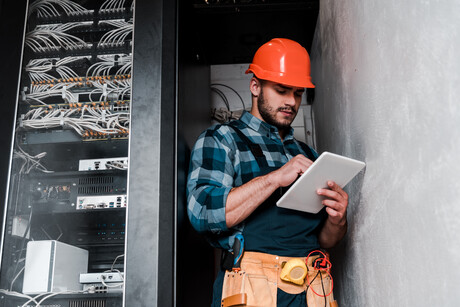 The Queensland Government will pursue all available options to crack down on unlicensed electrical work, with Donna Heelan, Head of the Electrical Safety Office (ESO), stating that a blitz on unlicensed work being advertised and performed via online platforms has already produced results.

“Put simply, ‘unlicensed is unlawful’ and we are doing everything in our powers to stamp out this dangerous practice — those who are falsely advertising, those who are actually performing unlicensed work and those who are getting it done. You are all in the ESO’s sights,” said Heelan.

ESO inspectors recently executed a search warrant on a premise in South East Queensland, following allegations of unlicensed electrical work. An injunction application was lodged in the Brisbane Magistrates Court to prevent a company from contracting for electrical work, as it did not hold the appropriate licence.

“People doing unlicensed electrical work don’t have the knowledge or competence to perform electrical work compliant to installation standards, or to test the work to ensure it is electrically safe. This poses a significant risk of shock which could result in serious injury or death. There’s also the potential for fire and property damage,” said Heelan.

A North Perth electrician has been fined $27,000 for a potentially lethal wiring error at a...

A Brisbane contractor has been fined $85,000 for failing to ensure a worksite was electrically...

Plastic back to oil: igus invests in Australian recycling pioneer

Rocket Composter takes off in Australia

COVID-19 cases must be reported to WorkSafe