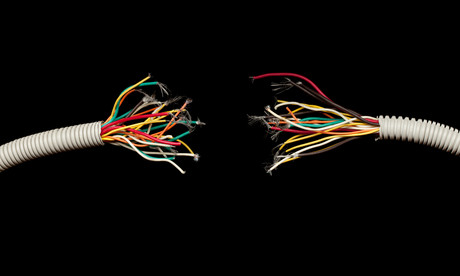 A small concreting business and its director have been fined a total of $42,500 for unsafe electrical practices, and for exposing people to risk of serious injury or death. The business had been contracted to pour a concrete driveway and housing surrounds in Glenvale, Toowoomba. Before the pour, the director hired an electrician to disconnect and later reconnect electricity to two air-conditioning units. The businesses were subsequently ordered by the Queensland Building and Construction Commission to rectify defects in the concreting work, which required the same two air-conditioning units to again be removed and electricity to them disconnected.

In August 2017, after unsuccessfully obtaining a licensed electrician to remove the air conditioners, the company director disconnected the electrical supply, removed the units and completed the concreting work. This constituted electrical work, for which the defendant did not hold a licence. In performing the electrical work himself, the defendant left two sets of electrical supply wiring exposed and improperly terminated with duct tape placed around the end of the exposed wires for 24 to 48 hours. After that, he returned to the property and attempted to cover the wiring from one of the units.

There was no evidence to establish the wires were live at the time the director left the residence, although this could have happened via activation of the nearby isolator switch and the relevant circuit breaker in the switchboard. A visit from an Electrical Safety Inspector in October 2017 revealed that the circuit breakers in the main switchboard supplying both isolators were in the on position, although the isolator switches were off. This presented a risk of death or serious injury to any person who came into contact with the wiring. Fortunately, there was no injury or death in this case.

During sentencing, Magistrate Kay Ryan noted that the defendant had no history of previous offending, had cooperated with the investigation and entered an early guilty plea. There was also no evidence the wires were left in a live state, and some efforts had been made by the defendant to reduce the risk. However, the defendant should have hired a licensed electrician to do the work.

The Magistrate ruled this was at the lower end of the offending captured by Category 2 offences and took into account that the business had been deregistered at the initiation of the Australian Securities and Investments Commission after the prosecution commenced and would be reinstated at the application of the complainant. In light of this, the Magistrate determined the fine would not be as high as it would have been if the company was still officially operating. No conviction was recorded, and the business was fined $35,000 plus legal and professional costs of almost $850.

The defendant was also aware that he should not have done this work, as he did not possess an electrical licence, and has since left the concreting industry. The business owner was fined $7500 plus legal and professional costs of $850, with no conviction recorded.

Queensland has updated its electrical safety codes of practice for the safe handling of electric...