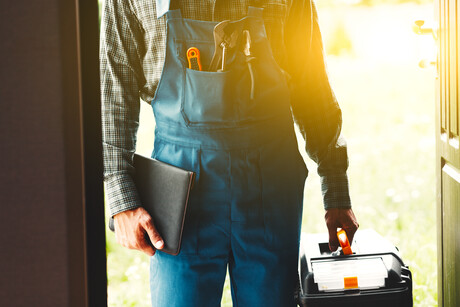 Two plumbers have been fined $5000 and $2500 respectively after pleading guilty to breaching Western Australia’s electricity licensing regulations by assessing electrical installations without holding an electrical worker’s licence. At the time of the offences, the 34-year-old and the 26-year-old were employed by a large Perth plumbing, gas and electrical company. Their defence lawyer, Trent Andrews, said his clients were following instructions from the business, which was sending out its plumbing workforce in order to get electrical work by using a script that mentioned a well-known electric shock incident that seriously injured a young girl in Beldon. The men are not named because they were granted spent convictions. They were also ordered to pay costs of $573.50 each following the prosecution by Building and Energy.

During 2019 and 2020, the older man attended four properties in Perth’s southern suburbs to work on taps and hot water systems. The clients included a 91-year-old man, a pregnant woman and the full-time carer of a disabled person. After telling the customers he needed to check the electrical switchboards, the plumber claimed to have identified electrical safety issues at each property that required urgent attention. In three cases, he mentioned the Beldon incident and told one client her toddler could be electrocuted unless the switchboard was upgraded. At each house, he wrote a combined quote for the plumbing and electrical work ranging from $4500 to $10,880.

The 26-year-old plumber was called out to homes in Mount Pleasant and Parkwood in 2019 to repair hot water systems. After asking to see the electrical switchboards at both properties, he claimed they were unsafe, non-compliant and needed replacement, and provided written quotes for the electrical work. The plumbers’ actions were illegal because only a licensed electrical worker can carry out electrical work, which includes assessing an electrical installation for compliance.

Magistrate Donna Webb said that the men’s conduct was “morally offensive”, as it involved vulnerable people and sales tactics. “When they were called out to attend people’s homes, they were doing assessments on electrical power boards and other electrical fittings and then basically having a sales spiel encouraging the person that they needed to upgrade either their meter box or other electrical circuitry,” Her Honour said during her sentencing remarks. What is particularly concerning … is the vulnerability of the people whose homes they were attending. The conduct is offensive in terms of the spiel that they had to give in terms of getting people to sign up to having work done. We don’t know whether that work was necessary … and certainly the accused wouldn’t be able to tell whether that work was necessary because they weren’t trained electricians,” Magistrate Webb said.

When Building and Energy Electrical inspectors later inspected some of the customers’ switchboards, they found no issues with the electrical installations and the work quoted by the plumbers appeared unnecessary. WA’s Director of Energy Safety, Saj Abdoolakhan, said unlicensed electrical work was a serious offence that could cause injury or death, and cautioned that businesses and individuals who provide unqualified electrical advice — particularly with the aim of instilling fear and exploiting trust for financial gain — should know the regulator is watching and the community is getting wiser.

“No one should be assessing electrical installations at your home unless they are a licensed electrician, which involves at least four years of training and experience. When engaging a tradesperson, consumers should only take advice from a trusted and appropriately qualified person, as well as seeking out more than one quote for the work,” Abdoolakhan said.

Consumer Protection and Building and Energy have also released a warning about rogue plumbing and electrical companies that may mislead clients about unnecessary and overpriced work.

Weidmüller celebrates half a century in Australia