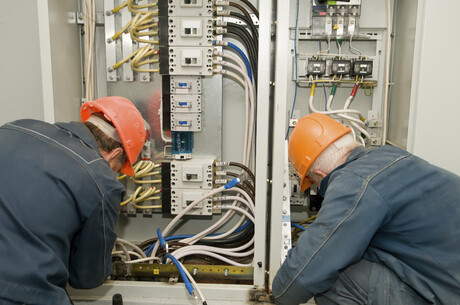 In January 2020, an apprentice electrician sustained an electric shock that left him unresponsive and without a pulse, while working at a property in Mandurah. The incident was described at Mandurah Magistrates Court following Building and Energy’s prosecution of the apprentice’s employer, Xtra Solutions Pty Ltd, trading as Xtra Electrical. The Halls Head company was fined $21,500 and ordered to pay costs of $343.50 after pleading guilty to two offences under WA’s Electricity Licensing Regulations. The court heard that the second-year apprentice and his supervising electrical worker attended a commercial premises to disconnect and remove an electric hot water unit.

While on a phone call, the supervising electrician directed the 19-year-old apprentice towards a kitchen cabinet where the younger man started to cut and disconnect the wiring on the hot water unit inside. Shortly after, the apprentice received an electric shock of up to 240 volts and he was unable to let go of the electrified cable in his hand for at least 30 seconds. The supervising electrician and property tenant pulled him away from the cabinet area and began CPR. Paramedics arrived within seven minutes and found the apprentice had stopped breathing and had no pulse, but fortunately they were able to resuscitate him with a defibrillator.

A Building and Energy investigation revealed that a circuit breaker that supplied power to cabling in the cabinet was left on during the work, resulting in some cables remaining energised or ‘live’. The company was fined $20,000 for ineffective supervision because the supervising electrician failed to adequately isolate relevant parts of the electrical installation prior to the work, to ensure the apprentice would not come into contact with live components. The company was also fined $1500 as the apprentice did not hold an electrician’s training licence, which was required for the work he carried out at the property.

Magistrate Leanne Atkins said that the apprentice no longer wanted to work in the electrical industry, adding that electricians and electrical companies should note the significant penalties imposed for endangering a person by failing to supervise. WA’s Director of Energy Safety, Saj Abdoolakhan, said the case was a confronting reminder about why specific rules and responsibilities are in place when working with electrical components. Abdoolakhan urged the industry to ensure they isolate and test all electrical installations to ensure that they are properly de-energised before anyone works on them.

“This incident could have easily been a tragedy for a young man at the start of his career. These laws are in place to ensure employers do the right thing by their apprentices and keep them safe. It is unacceptable for an employer to place a trainee in such a dangerous situation by failing to ensure the installation was not live, as required by law,” Abdoolakhan said.

Patties and Vesco to be acquired by PAG

A sugar substitute in citrus — how sweet is that?

State of crisis preparedness: is your business ready?

Transitioning from waste to resource