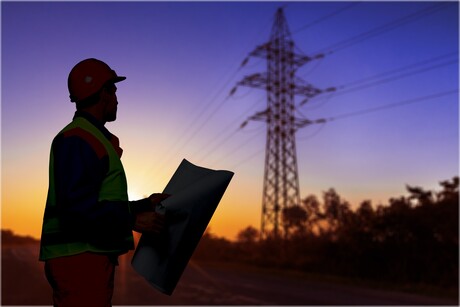 Working near overheard power lines can pose significant risks, as a young Dalby farm worker discovered after a near-fatal workplace electrical incident. Following the incident, Jason Daniels is sharing his story, to raise awareness and give other young Queensland workers a voice. Daniels was 17 when the grain auger he was moving contacted an overhead powerline. The resulting massive electrical shock he suffered put Daniels in hospital for two months, including time in intensive care, with serious burns.

A couple of years, multiple skin grafts and lots of physiotherapy later, Daniels is on the road to recovery. The next step is to share his story through an eight-minute film that highlights electrical safety issues and the importance of young workers being heard. The film is a bid to make farmers take a second to think about safety, especially when it comes to electricity.

“I want to warn others about the risks of working near overhead powerlines and get young workers to speak up if they believe the work they are doing is unsafe. Trust me, a serious workplace injury like mine has a major impact on you, your family and your mates,” Daniels said.

Industrial Relations Minister Grace Grace announced the release of Jason Daniels’ story and noted that contact with overhead powerlines is one of the most persistent and problematic electrical safety risks in Queensland.

“Despite his youth, Jason raised his safety concerns about the auger and the powerline but was told there was no time to lower it. Being ignored almost cost him his life,” Minister Grace said.

Daniels’ safety film is part of a suite produced by WorkSafe Queensland to change attitudes towards working safety and promote positive behavioural changes. The films are shown on worksites at pre-shift ‘toolbox talks’ and in safety meetings, with some individual films having up to half a million views. The state government’s Electrical Safety Office is also working with energy networks, industry associations, community groups and the agricultural industry to increase awareness and improve work practices near overhead powerlines.

In the past six years, 52 serious electrical incidents have occurred in Queensland involving overhead powerlines, and six people have died. People most at risk are farmers, construction workers and transport workers.

“It’s vital the benefits of agriculture’s flexible lifestyle and the seemingly casual nature of rural life don’t result in a relaxed approach to safety, especially electrical safety. It’s important producers take the time to identify potential risks on farm, powerlines near sheds and silos, for example, and communicate these clearly to all staff, no matter how long they have worked with you,” Stinson said.

Daniels’ film shares the story of how quickly life changed for Daniels and his family after the grain auger he was operating contacted an overhead powerline. Jason and his mother Di shared their experiences in the film to raise awareness about having a safe system of work in place before starting work and urging employers to listen when young workers speak up with safety concerns.

“Life can change in a heartbeat,” Di Daniels said.

The Stanilite emergency and exit lighting range is engineered to a modular design format, to...

The Serstech Arx+ handheld Raman spectrometer is designed to provide accurate measurements and...

Omicron: understanding the level of severity will take days to weeks — WHO