Protect your body in a flash 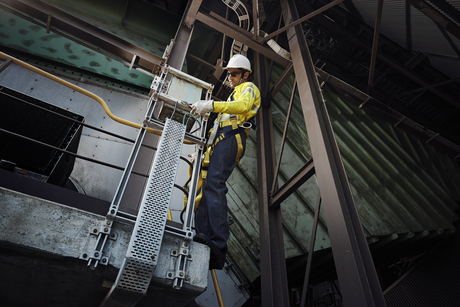 A number of companies manufacture clothing suits and other PPE to shield workers from arc flash events. Its importance no doubt lies in the fact that arc flashes represent a serious risk to people and equipment. When an arc flash occurs during a fault or short circuit condition temperatures can reach up to 20,000°C, which is hotter than the surface of the sun. This kind of temperature can set fire to clothing and severely burn skin in seconds, even from long distances, or blow up nearby combustibles sending dangerous shrapnel flying.[1] As a result, protective clothing has been legislated across a number of industries under AS/NZS 4836:2011, though the extent to which industry adheres to flame-resistant (FR) clothing guidelines has remained unclear.

A report, however, has now been released by Hard Yakka PROTECT, conducted by Symphony Research in November last year, which provides insights into the uses, users and perceptions of FR clothing across Australian industries. If you or your workers operate in fields exposed to arc flash and flash fire events, then read on. The results of the report may surprise or even concern you.

The report revealed that of the 500 people working in industries exposed to arc flash and flash fire events such as oil and gas, electrical, energy, transport and mining, over a quarter (28%) do not wear FR clothing for work. FR clothing is essentially made from material that will extinguish flame after ignition and won’t continue to burn, ie, aramid fibres. The main reasons why people surveyed in the report did not wear FR clothing included: their workplace does not make provision (38%); it is too expensive (16%); the clothing is too uncomfortable (14%); or the clothing is considered too hot to wear (12%).

“While the research was conducted to better understand industries’ understanding of flame-resistant clothing, it’s alarming to see the significant number of people who don’t sufficiently protect themselves when at work; and subsequently, the injuries they’re exposing themselves to,” said Shefelbine.

Of the two-thirds from the report who do wear FR clothing, their reasons for doing so included: they believe safety is paramount (75%); it is industry regulation (59%); and they are required to do so by company policy (48%).

Safety Solutions does not have access to equivalent Australian statistical data; however, failing to don protective gear, a lack of knowledge and understanding around suitable PPE as well as a lack of training are also presumably contributing factors behind reported on-site injuries in Australian industry. Around 46% of those surveyed in the report said they had experienced an injury and required time off work due to arc flash (nearly half) and 56% admitted to having experienced a near miss. The most common injuries included serious burns (21% experienced third-degree and 16% second-degree), while one in 10 reported respiratory system damage as a result of injuries sustained by not wearing FR clothing on the job.

From the report’s findings, nearly half of those injured were serious enough to have to take more than one week off work to recover and 17% received medical bills in excess of $10,000. Those who were wearing FR clothing at point of injury were more likely to not have to take a day off work (19 vs 5%), and they were also more likely not to seek medical care (21 vs 16%).

Standards to live by

Perhaps another interesting revelation from the report was the general lack of knowledge over what clothing fibres constituted as flame resistant. 63% commented that they did not know, while a quarter mistakenly believe cotton would do the trick. While it is said workers can wear cotton underwear[4], that’s as far as it goes — FR shirts and pants should be worn over the top.

The table below is based on table 9.1 from AS/NZS 4836:2011 and shows several arc flash requirements for PPE in an easy-to-understand format.

Products for the above requirements are readily available from safety companies such as Hard Yakka, which has recently launched its ShieldTEC protective garment range.

“Uniquely in Australia, and perhaps the world, Hard Yakka ShieldTEC garments are fully certified to European ISO (ISO 11612) and USA NFPA (NFPA 2112) standards and further tested and compliant to both NFPA 70E and the Australian ENA NENS09 guidelines,” said Shefelbine.

“Our new ShieldTEC FR range is the most tenacious yet — delivering superior comfort and innovation while ensuring safety in an arc flash or flash fire event. 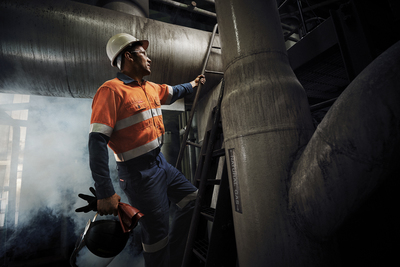