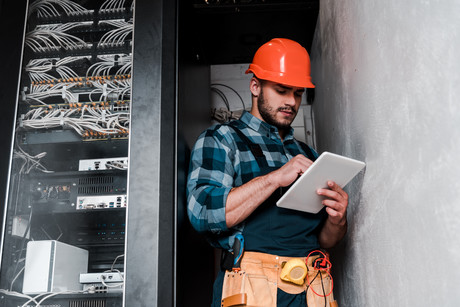 A case study film launched through videoconference by Queensland’s Electrical Safety Office (ESO) has highlighted just how dangerous arc flash can be, with 10 serious flash incidents occuring in the state in 2019. The film, Arc flash safety — Mark’s story, features an experienced electrician who addresses the life-changing consequences of an incident at work which left him in hospital for three weeks and off work for almost three months. Through the film, Mark hopes to remind fellow electricians (‘sparkies’) of the dangers posed by arc flash and stop anyone else going through what he endured.

“Don’t put yourself in situations like I was just because you’re trying to please a client, just because you’re trying to get the job done faster. If you’ve got a wife, kids, family it’s just not worth it. Nothing’s worth your life,” Mark — who did not reveal his surname for personal reasons — said. At the virtual launch on 7 May, Donna Heelan, ESO Head, said incidents like Mark’s are preventable. “In the electrical industry, working near energised parts can be just as dangerous as live work,” Heelan said. “From our point of view, the message is simple for all electrical workers — plan the job and always follow your safe work procedures. To eliminate arc flash, always turn the power off and isolate the equipment.”

The film retraces how Mark suffered serious burns to his face, arms and legs from an arc flash explosion while he was removing the insulation from an energised bus bar in a switchboard. The incident, caused by an electrical short, led to Mark receiving burns to 12% of his body, which required multiple skin grafts. Back on the job, Mark has one golden rule he would like all electrical workers to live by: “Don’t work live!”

There are currently 56,000 electrical workers and 11,000 electrical contractors in Queensland. For those in the industry, the ESO advises that arc flash can be prevented by eliminating the hazard. Workers should turn the power off and isolate the equipment, even if it means rescheduling the work to another time. Arc flash is not just limited to large switchboards — it can also occur in smaller switchboards, electricity supply pillars or large electrical equipment. Plan your work and follow safe working procedures, ESO advises.

The ESO also advises that working near energised parts can be as dangerous as performing live work, as it can cause electric shock, arc flash burns and damage to equipment. The most common causes include: no or inadequate risk assessment, failure to isolate or isolate upstream, and failure to test. This can also be caused by inadequate supervision, the competency levels of workers, qualified technical people and supervisors, and no safe work system.

Lighting is one of the most common causes of explosion ignition in high-risk mining environments.