Anglo American invests in mine safety after Grosvenor report 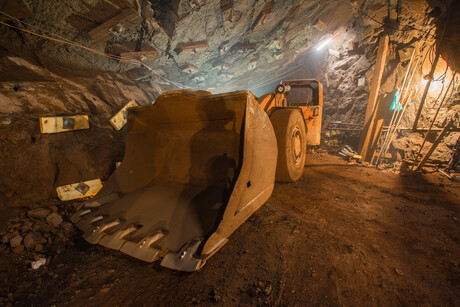 Anglo American has committed $5 million to fund underground mining research, in partnership with industry research and technology partners, to improve industry knowledge in certain areas. The investment follows the release of Part Two of the Queensland Coal Mining Board of Inquiry’s report into an incident that occurred in Grosvenor Mine in May 2020. Tyler Mitchelson, CEO of Anglo American, said the company has already taken steps to enact the recommendations in Part One of the Board of Inquiry’s report, referencing the $60 million investment in safety initiatives over the last year.

The Inquiry examined the nature and cause of the serious incident at Grosvenor Mine, near Moranbah, as well as 40 high-potential exceedances involving methane exceedances between 1 July 2019 and 5 May 2020. The Board of Inquiry made recommendations to improve the safety and health practices and reduce the risk of similar accidents occurring in the future.

Mitchelson noted that over the past 12 months, Anglo American has implemented a range of measures to address issues that have come to light through investigations and evidence before the Board of Inquiry; these measures include technology pilots, additional gas drainage infrastructure, expert reviews, and further improvements to a range of processes and controls.

“We have been clear from the outset that the incident on 6 May 2020 in which five of our colleagues were badly injured was unacceptable. The safety of our workforce is always our first priority. Underground coalmining, particularly in the area where Grosvenor Mine is located, is complex with many interacting considerations and, as the Board has identified, further research into certain technical areas such as gas and spontaneous combustion management would benefit the industry. We will be helping to advance knowledge in these areas through our further $5 million funding commitment,” said Mitchelson.

Anglo American’s Operating Model — its primary operational management system — is being updated at Grosvenor and, along with a range of other measures such as the use of data science, will ensure operational stability and control and ultimately safe production.

“The use of automation and remote operation presents us with the single biggest opportunity to remove people from high-risk areas and we are fast-tracking this work across our operations, including commissioning groundbreaking research into automation in development mining with CSIRO,” said Mitchelson.

“Over the past 12 months, we have engaged closely with our workforce, particularly at Grosvenor, as we’ve worked through the issues and resumed underground activities at the mine last month. We are continuing to support all of our colleagues involved in the incident in May last year, and this will remain a priority for our team,” said Mitchelson.

Anglo American has commenced the implementation of the Board of Inquiry’s recommendations, by removing workers from higher risk areas and enhancing its underground mining controls. Anglo American has also invested in data and storage capabilities as well as improvements to gas management measures, and enhanced practices and processes to eliminate spontaneous combustion events. The company has also prioritised safety learning and reporting. Mitchelson said that the company will have addressed all of the Board’s recommendations ahead of the restart of longwall mining at Grosvenor Mine later this year.

SafeWork SA has fined a principal contractor $3600 after they failed to review an...

How to address the wellbeing crisis affecting healthcare workers

What technologies can help achieve best practice in hospital kitchens?

Technology: the missing link to change the future of cancer care

Beyond the Burn: a photographic expedition of Australian solar farms

5G partnership between Signify and BAI

Energy planning for the homes of the future