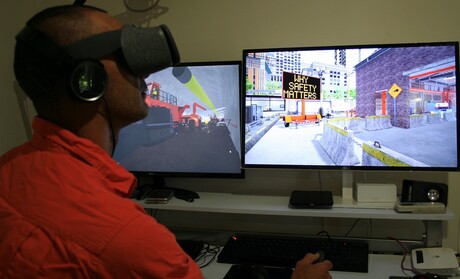 Imagine losing not only one — but two — of your immediate family members to a workplace accident.

This is exactly the experience that Dallas Adams has had. In 2004, his older brother James died in an underground coalmining rock fall accident at the Dartbrook Coal Mine in the Hunter Valley. And then in May 2017, his father Jimmy was involved in an incident on the Sydney NorthConnex tunnelling project. Jimmy received chest injuries after being struck by components of a pressurised piping system, caused by the uncontrolled release of stored energy, and later died in hospital. This incident saw two companies fined over what was determined to be a preventable death.

Most people would understandably be floored by losing their loved ones in such a way. However, while Adams is quite open about the fact that he has not always coped particularly well with his grief — the premature loss of his brother and father has also been the driving force behind his passion to improve workplace safety.

Describing himself as “the luckiest unluckiest guy in construction and tunnelling”, Adams has used his experience as inspiration for founding the DC Adams Group — better known as Why Safety Matters. A qualified industrial electrician, Adams now regularly speaks at toolbox talks and inductions at worksites, delivering a raw, firsthand account of what the cost of a less-than-safe workplace can be. He has also worked as a consultant with XRJV-training since 2018, producing virtual reality safety training programs designed for tunnelling and mining. 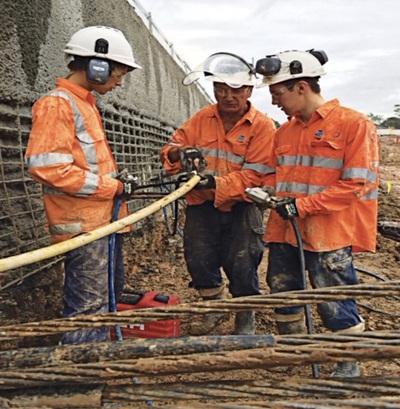 The challenge of standing up for safety

Adams began his career in the 1990s in the Western Australian underground goldmine operation, Telfer.

“I started working underground at 18 years old in 1994, straight from school. So, coming from an authoritarian system was all I knew, and I had been ingrained with ‘just do what I was told’,” he said.

“Changing this mindset was going to be hard, especially when I had little to no experience in the industry and was scared to say anything. If you were seen to be doing ‘the right thing’ then you were about to keep out of trouble. The system was run on you learning as you go, and if you didn’t stuff up too badly then you got to keep your job — or if you were really unlucky, you died.

“If something happened that was considered a close call then it would show how lucky you were that you didn’t die, almost like winning a trophy.”

Adams decided he wanted to help create a better environment for people in the industry, as well as the next generation of workers — “which could be my children,” he said.

With the goal of improving workplace safety and training, Adams joined XRJV-training as a consultant in 2018. His VR training was developed in collaboration with wife Jess Lelievre, and has been designed to appeal particularly to the blue-collared workers who may not necessarily be engaged by traditional pen and paper style learning.

While developing his training simulation, Adams was consulting on a major project for a large company. He was placed with a team of engineers to work towards the end goal of finding a way to operate quickly, but safely. When considering the task, he drew inspiration from his sporting background — where he had prior experience in using video sessions and simulation training — and translated it into safety training in an underground scenario. This was ultimately cheaper and more efficient for the company, as it meant they could use training rooms rather than relocate the team to an actual tunnel to undertake safety training. 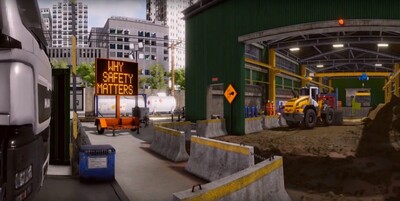 “My father spent years coaching people on job sites and showing them techniques that can make their job easier and more efficient,” Adams said.

“I found VR was the best way to help individuals, because they can be exposed to a tunnel environment and learn what can happen if they are confronted with hazards or risks — in a safe simulation environment — without putting them in any physical danger. Also, the cost of creating VR is a fraction of the cost to build compared to building a tunnelling school and can reach a larger group of individuals.”

The VR simulation was built to allow the user to interact with the environment for approximately 15–20 minutes, as one of the side effects of prolonged exposure to VR is motion sickness. However, this can often be eliminated if the graphics are of a high quality.

“It is up to the individual how long they choose to interact with the VR program. However, we designed the VR simulation like a game — so more interaction creates more learning taking place,” Adams said.

Adams’ company has come a long way since the day he and his then 13-year-old daughter Jasmine sat down together to create his first presentation. He now regularly frequents worksites and uses his Why Safety Matters (WSM) talk to help companies plan the day’s targets — as well as highlight any safety issues that may arise — and says that presenting to new employees is particularly beneficial.

“It sets the tone of the mentality of the working environment,” Adams said.

“It opens their eyes to the harsh reality of the industry that they have walked into. Because WSM was built on lived experiences, and the lives of my family are still impacted by those experiences to this day. I talk about the shock of receiving a phone call from a manager [after my father’s accident] and dealing with project directors and CEOs in suits, who I believe had no idea on how to deal with a family that had just been put in this tragic situation. Meeting them and shaking their hands is something that haunts me to this day.

“It was hard but also a massive learning curve that I just wanted to share with people who think taking risks is acceptable,” he said.

“All I want is people to realise how important they are, and to realise the decisions they make don’t only affect them. The ripple effect from not planning, guiding, controlling and implementing safe work practices is brutal, and everyone is accountable for making it safe — including those guys in suits I met the next day after my father’s accident.” 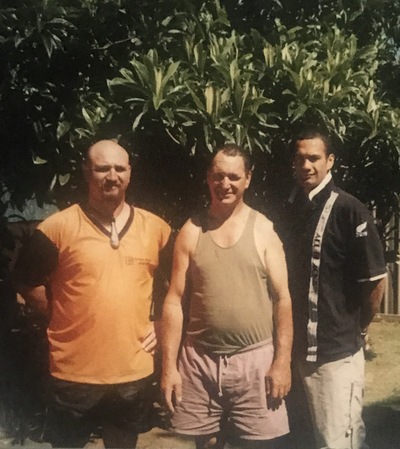 If you are affected by any of the issues discussed in this article, Lifeline has a 24/7 crisis support service that can help. Please call 13 11 14.

When installing safe access systems for working in restricted spaces, should steel or aluminium...

Effective lighting plays a key role in protecting the health, safety and wellbeing of underground...