Getting confined spaces back into harmony 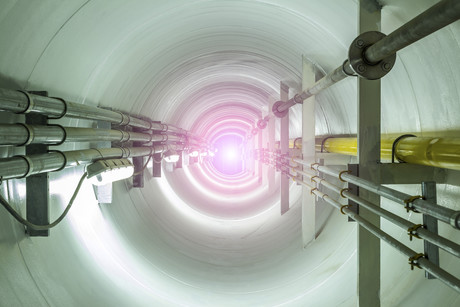 There still remains significant confusion around the obligations of PCBUs (employers) and operators in working in confined space environments. The tragic death of three members of the same family in a concrete water tank incident on a NSW farming property earlier this year reinforces the point that the true dangers of this risk are not as well understood as they need to be.

Many people are aware that working in a confined space carries an increased risk compared to those working in an open environment. Most are unaware, however, that the definition of a confined space is different across each state and territory in Australia — something that SafeWork Australia has tried to address by issuing a model ‘Code of Practice’ during the harmonisation of workplace health and safety legislation process that was commenced in 2008. This Code of Practice was recently updated and re-released in February 2016.

Although a number of states and territories have adopted this code, it is far from being national and therefore companies need to be aware of the differences that exist across various jurisdictions. Many principles remain the same; however, the specific requirements of each region should be accounted for when working in a confined-space environment.

The requirement to work in confined spaces requires a wide range of operator competencies. There is an overlap with the safe working at height skillset — including many of the rescue requirements. As such, the Working at Height Association (WAHA) has a strong Confined Space Category where members focus on the issues in that specific market. Despite this, WAHA receives a significant volume of feedback and questions about issues that occur in confined space work environments.

As the association has category members from all around Australia, member discussions quickly concluded that there was a need to investigate further and, in late in 2015, the association conducted a nationwide online survey to try and identify the specific issues around the country.

There were in excess of 230 respondents to the survey, with all states and territories represented. Interestingly, 60% of respondents operated in more than one jurisdiction — with those respondents again highlighting the problems created by the lack of national consistency in regulations and the need to operate differently in different state/territory-based sites. Additionally, some jurisdictions referenced the Australian Standard (AS/NZS2865), while others did not.

While 96% of respondents were aware of the local regulations, 26% had difficulty understanding them, with 81% having to refer to supporting information.

Similarly, while 89% were aware of the Australian Standard, 26% again said the content of the Standard was unclear and 78% had to search for additional information.

The effectiveness of confined space training — for both managers and operators — was also measured. While 94% indicated the training was “satisfactory or better”, only 60% felt they had obtained sufficient skills to actually operate in a confined space.

Importantly, one of the key outcomes of the survey was that there was a large variation in expectations around the appropriate length of initial training time and refresher training requirements. Although competencies are referenced in the Standards and Codes of Practice, there are no prescriptions around course length, teacher/student ratios or other elements that can assist to define course quality. This is therefore an area of concern for the association — how can a person doing a single one-day confined space course be deemed competent to not only work in the environment but also to perform a rescue? Yet training organisations are issuing Statements of Attainment for this without any checks and balances around this.

Based on these survey outcomes, WAHA has issued guidelines on what is deemed by members to be the range of specific competencies an individual needs to demonstrate, prior to being issued with a confined space certificate. These guidelines align with the Code of Practice and current Standard requirements and are published on the WAHA website. They are available for public access on the WAHA website.

This information provides guidelines to training companies on an ideal/appropriate course length, practical exercises and teacher-student ratios that would ensure a quality course is delivered. With ASQA focusing on the quality of the ‘system’ of training for RTOs, rather than the quality of the content being delivered and the capability set of the students at the end of a training course, this guideline is designed to provide a benchmark from which companies can assess their own programs.

Australian Standard AS/NZS2865 Confined Spaces was first published in 2003; however, this now aged Standard is well overdue for review. It is understood that this Standard is not presently managed by an active Technical Committee. Under the Standards Australia process, its future will be determined by the Regulators that reference that standard. Currently, this is believed to be only Western Australia that is referring to the Standard. There is no reference to the Standard in the model Code of Practice.

Typically, a Standard is managed by a Technical Committee that has four options available to assess the future of the document. It can:

The WAHA Confined Space Category members feel that the Standard should be subjected to review, revision and re-issue.

The main reasons for this are that the Standard provides more detailed guidelines on training requirements, the types of PPE that can and should be used in these environments and more specific information on how to handle rescue scenarios, which are not provided for in many of the state and territory Codes of Practice (COP), or even the new model COP.

This will be a complex process that will require the submission of a detailed project proposal to Standards Australia that is both supported by a large number of interested industry bodies and, possibly, an external project funding submission.

Moving forward, WAHA proposes to campaign with Safe Work Australia and the various state and territory regulators to have the model COP adopted nationally, thereby eliminating workplace confusion and ensuring that confined space training operations can have a national approach to worker training.

There is no doubt that working in confined space is a hazardous undertaking. As such, the correct understanding and management of the risk is essential. With managers and workers now increasingly operating across state and territory boundaries, it is essential that the same definitions and standards apply nationally. After all, is that not what “harmonisation” was supposed to achieve?

The Working at Height Association has released a single-page reference document that highlights the differences in definitions of a confined space. The reference guide is available for download at www.waha.org.au/confined-space.html.

Safety measures for working in confined spaces include:

For more information about working with dangerous goods or confined spaces, visit www.worksafe.vic.gov.au.