Taking advantage of methane that would otherwise escape into the atmosphere provides Australian businesses with an untapped fuel resource and opportunity to minimise their carbon footprint, according to scientific research and designers Draco Scientific.

Methane and nitrous oxide are well-known, potent greenhouse gases which damage the environment and are emitted in large quantities by agriculture, landfills, mines, refineries, power plants and factories.

According to the National Greenhouse and Energy Reporting Scheme, methane and nitrous oxide have greenhouse impacts 21 and 310 times greater than carbon dioxide, respectively.

Leakage of methane from industrial and agricultural sites also represents the loss of a valuable fuel, while being a threat to safety as it becomes explosive at high concentrations.

Dr Maryanne Large, chief scientific officer at Draco Scientific, explained that emissions of methane are currently difficult to measure for Australian businesses, making it challenging for them to capitalise on this untapped resource.

“Often, the need for more accurate emissions estimates is offset by the cost of getting there. The instrumentation is expensive and the emissions may occur over large areas that may be difficult to access,” said Dr Large.

“This led us to investigating a design for a small unmanned aerial vehicle (UAV) carrying optical sensors that would set new standards in weight, accuracy and affordability for the monitoring of greenhouse gas emissions.” 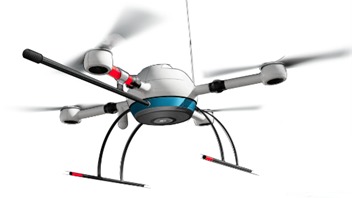 A 2012 study, published by the National Academy of Sciences of the USA[1], found that new natural gas power plants only produce net climate benefits compared to efficient coal plants when leakage of a natural gas system is less than 3.2%, from well through delivery at a power plant.

Fugitive emissions from fossil fuel industries accounted for 8% of Australia’s greenhouse inventory in the March quarter this year[2]. While methane is a by-product of the fossil fuel industry, it is also generated in many biological processes and can be recovered as a clean, renewable energy.

The UAVs, which will carry Australian optical sensors, have been designed as a solution for critical greenhouse gas emissions sites, including gas pipelines, mines, landfills, sewage lagoons and agricultural land.

The highly sensitive optical sensors, designed by Draco Scientific, will help monitor and accurately measure the emissions of methane and nitrous oxide gases, allowing them to be mapped in three dimensions.

To develop the sensors, which have been designed to set new global standards in weight, accuracy and affordability, Draco Scientific has been awarded a Victorian Government grant for a project with water authority Melbourne Water.

According to Dr Large, the technology will be ideal for Melbourne Water’s strategy of recovering more methane from its operations, and will also have the potential to benefit a number of other industries.

“Our analysis has shown there is a real gap in the market for monitoring these gases, in industries such as mining, oil and gas, and manufacturing,” said Dr Large.

“Current products, which are sensitive enough to measure trace quantities, are expensive and heavy, making them impractical for many applications. Our sensors have been designed to achieve sensitivity better than one part per million and will weigh less than 2.5 kg.”

Melbourne Water already recovers a large portion of the biomethane from wastewater treatment to generate electricity and savings of more than $5 million a year. 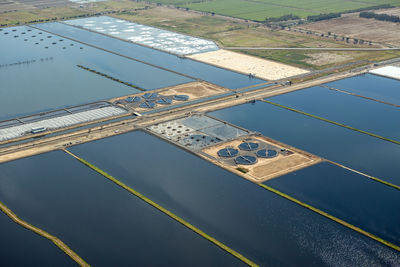 However, according to Ken Baxter, principal, future energy at Melbourne Water, an additional 20% of methane is potentially recoverable and would deliver further savings of up to $1 million a year, if used as fuel.

“By monitoring emissions and preventing methane from entering the atmosphere there is also the potential for Melbourne Water to achieve savings under the Direct Action Plan being proposed by the Australian Government,” said Baxter.

Through measurement and management of emissions, Melbourne Water may further reduce emissions by 10-20%. Assuming a future carbon price, or value, under the proposed Direct Action Plan of $5/t CO2e, a 20% reduction in emissions could save up to $800,000 a year.

“To make these improvements, we needed accurate measurements of methane and nitrous oxide from our site, but found there was no existing solution that met these needs until we were presented with the Draco design,” Baxter concluded.

Draco Scientific is a joint venture between Outerspace Design, Melbourne’s largest industrial design consultancy, and Wirriga Pty Ltd, an optic research group that wanted to use its skills to have a real-world impact.

Draco Scientific has secured funding to investigate developing small drones carrying Australian-designed optical sensors which will accurately measure greenhouse gases and map their emissions in three dimensions. The project is hosted by Melbourne Water and will allow them to improve their processes, and to recover greater methane emission volumes and energy.

Effective lighting plays a key role in protecting the health, safety and wellbeing of underground...