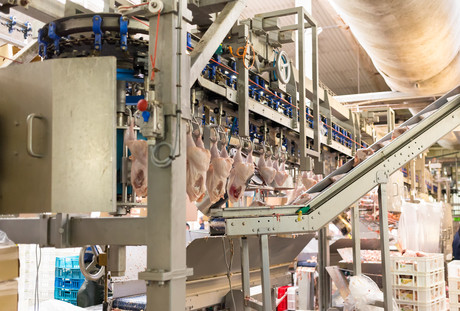 A £1.4 million (more than AU$2.5m) fine has been issued to a UK food processing company, after one of its workers sustained serious crush injuries.

The incident took place while a 2 Sisters Food Group Limited employee was unblocking a machine on the poultry slaughter line.

Doncaster Magistrates’ Court heard how, on 6 September 2012, an employee of 2 Sisters Food Group Limited was attempting to clear a blockage on a conveying system at its Foxhills Industrial Estate site in Scunthorpe, when he was struck by a large metal stillage. As a result, his body was crushed at chest height against the end of the unit and he sustained multiple injuries including several fractured ribs, fractures to his back and a punctured lung.

An investigation by the UK’s Health and Safety Executive (HSE) found the company had failed to identify deficiencies in the guarding on the machine, and the clearing of blockages was usually carried out while the machine was still in operation.

2 Sisters Food Group Limited of Trinity Park House, Fox Way, Wakefield pleaded guilty to breaching Section 2(1) and Section 3(1) of the Health and Safety at Work Act 1974 and has been fined £1.4 million with £38,000 in costs.

“The employee’s life-threatening injuries could easily have been prevented had the company identified the guarding deficiencies and put in place simple measures to prevent access to dangerous parts of machinery,” said HSE inspector Kirsty Storer.

“This should serve as a lesson to others in the food processing industry about the importance of effectively guarding their machinery to stop others being similarly injured.”

Strategy to protect workers from silicosis

The NSW Government has established a new strategy to protect workers from contracting deadly lung...