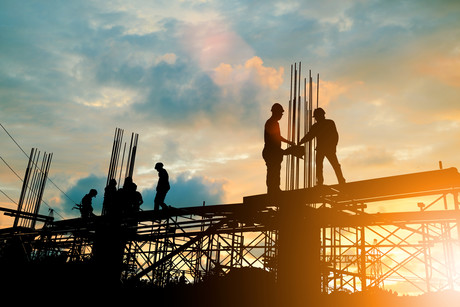 Falls on construction sites are the focus of WorkSafe Victoria inspections on building sites between now and Christmas.

So far this year, two Victorian workers have died after falling from heights at construction sites.

Recently, a plumber in his early 40s received life-threatening head injuries after he fell about 3.3 m through a skylight at an Ivanhoe house undergoing renovation.

WorkSafe Executive Director of Health and Safety Julie Nielsen said the shocking toll should serve as a reminder to all construction employers that they cannot afford to be complacent when managing fall hazards.

She said that in the last five years, seven Victorian workers had died, and more than 3000 had been injured seriously enough to make a compensation claim, as a result of a fall on a construction site.

“Falls are a leading cause of death and serious injury on Victorian building sites, and all employers, whether they have one worker on site or 1000, need to continuously ensure that they are doing everything necessary to minimise the risks,” Nielsen said.

“WorkSafe inspectors will not only be talking to builders about the hazards, but taking enforcement action where they identify that employers are not adequately controlling the risk of a fall.

“WorkSafe can and does prosecute employers for failing to protect workers from falls, even if no-one is injured.”

Le Maistre Builders Pty Ltd was recently fined $52,500 without conviction after it pleaded guilty to four charges in the Geelong Magistrates’ Court including two relating to inadequate fall protection and the use of incomplete scaffolding at two housing construction sites near Ocean Grove.

Kamata Homes Pty Ltd was also fined $45,000 without conviction after it pleaded guilty to three charges in the Broadmeadows Magistrates’ Court for failing to provide a workplace that was safe and without risks to health and safety at three separate housing constructions site in Melbourne’s north and eastern suburbs.

The court heard Kamata failed to protect employees working near an unprotected roof edge, an unprotected stair void and incomplete scaffolding, exposing them to the risks of falls from a height greater than two metres.

Nielsen said in both cases it was lucky no-one was seriously injured or killed.

“The impact on families, friends and communities from workplace deaths and injuries is devastating and long-lasting,” Nielsen said.

“For this reason we do not hesitate to prosecute businesses that blatantly disregard the welfare for their workers.”

To prevent falls from height, employers can eliminate the risk by doing all or some of the work on the ground or from a solid construction.

The cost of underemploying nurses in aged care

Virtual gaming helps rehab patients get back on their feet

Smart electric submeters on the rise