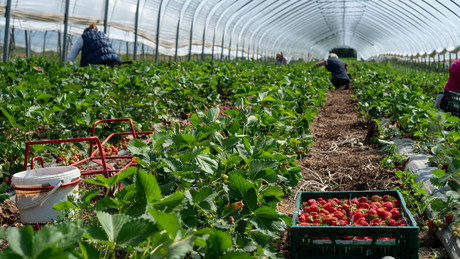 An unlicensed labour hire company has been fined $75,000 for supplying workers to another business, in breach of the Labour Hire Licensing Act. J&Jub Harvest was convicted in Caboolture Magistrates Court the week starting 14 October after it provided workers to Kleen Holdings to pick fruit on a strawberry farm, according to Queensland Industrial Relations Minister Grace Grace.

The company’s director, Hongsub Ji, “was also convicted and fined $25,000 — with 180 days imprisonment in default of payment — for counselling, procuring or aiding the commission of the offence”, Grace said. “This is the first time a director has been prosecuted under the Act as a party to the offence, and also the first time a user has been prosecuted.”

Kleen Holdings was also found guilty of breaching the Act and fined $50,000 for entering into an arrangement with the unlicensed provider, Grace said. “Workers tipped off our Compliance Unit by making complaints that they were not being paid for their work picking berries,” she added. “J&Jub Harvest did not apply for a labour hire licence and was warned in writing that it was not permitted to provide labour hire services in Queensland. However, they continued to supply workers to Kleen Holdings to work on a strawberry farm in Beerwah.”

Grace said Queensland’s Labour Hire Licensing laws were lifting the standard of the industry and protecting vulnerable workers from exploitation. “Since we introduced these new laws 18 months ago, we now have more than 3000 licensed labour hire providers in Queensland getting on with business,” she said. “Importantly, more than 350 unscrupulous operators have been weeded out of the labour hire industry.

A Victorian man caught working while receiving payments from workers compensation after he...

Funding for small-scale and craft producers in Vic